With their timeless style and precision craftsmanship, Bell & Ross watches are the perfect choice for collectors and enthusiasts alike. The brand creates highly functional, utilitarian timepieces for professionals that take inspiration from the military and aeronautical sectors. If you are looking for a watch that offers functionality as well as style, Bell & Ross should be your manufacturer of choice. 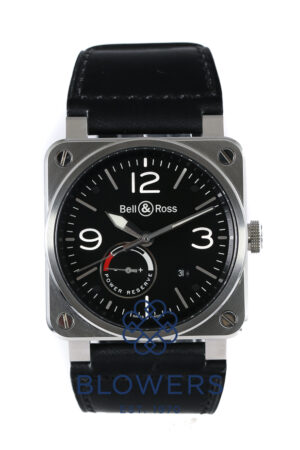 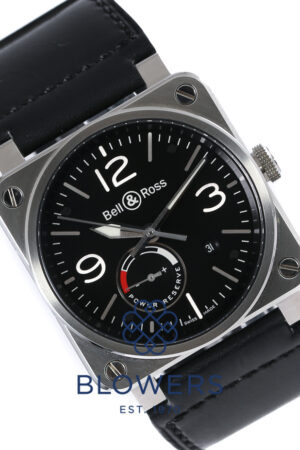 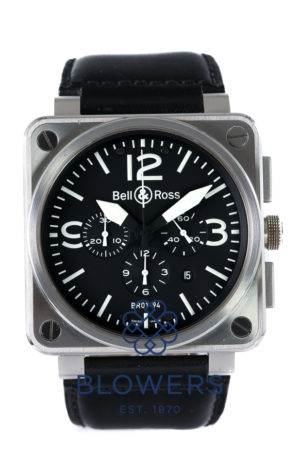 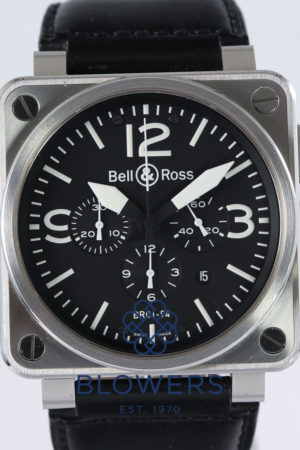 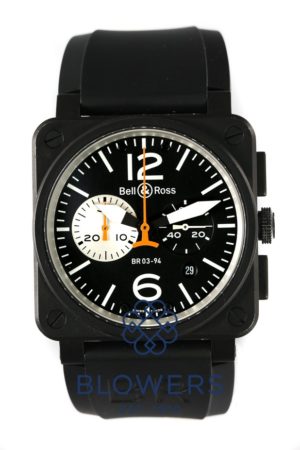 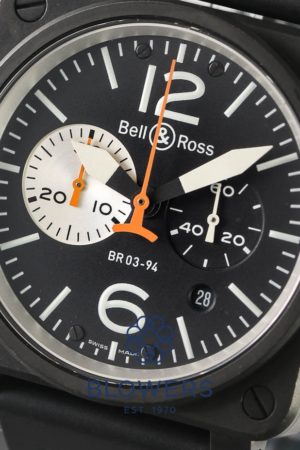 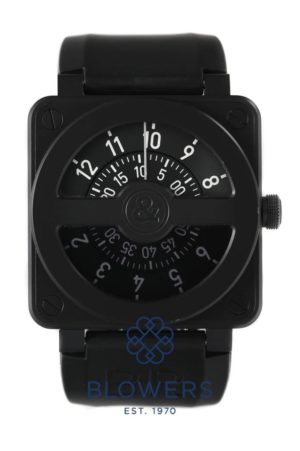 The History of Bell & Ross Watches

The Bell & Ross brand started off in 1992 as a university project between two lifelong friends, Bruno Belamich (Bell) and Carlos A. Rosillo (Ross). Their shared vision of “function shapes form” changed the world of horology that we know today. The company found inspiration from the aviation industry and began tailoring watches to military specifications, something that really gave them the edge against their competitors.

Without doubt the duo’s best idea was to collaborate immediately with Sinn, which was already a well-known manufacturer that specialised in the production of dashboard meters. Their first creation, the “Bell & Ross by Sinn” was produced by this third party. Indeed, many of Bell & Ross’ early timepieces were existing Sinn watches that had been rebranded with the Bell & Ross logo. Most notable of these were the 103 and Space 1.

As the company’s presence continued to grow, Bell & Ross started to develop their own line of functional tool watches. The year 1996 saw the release of the Bomb Disposal type, their first major success. As the name alludes to, it was ordered by the bomb disposal unit of the French Security Services and boasted an anti-magnetic case. A year later, the Hydro Challenger was launched. This special creation was capable of descending to more than 11,000 metres underwater and set a world record for the deepest rating ever available on a dive watch — a record that stood until James Cameron travelled into the Mariana Trench carrying a Rolex Deepsea Challenge on the outside of his submarine.

The Hydro Challenger was followed up by the Space 4 Chronograph in 1998, a timepiece that embodies all of the brand’s technical knowhow. It was equipped with a screwed down, telescopic retractable winding crown that allowed it to be integrated entirely within the case. Some three years later, the watchmaker launched the Function, which brought together a classic style with the modern movements of an analogue and digital display.

In 2002, Bell & Ross was acquired by Chanel. Far from turning into a pure fashion brand, however, they continued with their ethos of making precision and functional timepieces. That same year, they released Vintage 123 Heure Sautante, a collaboration with the Swiss master craftsman Vincent Calabrese. This was the first jumping hour hand watch with a power reserve indicator.

The Mystery Diamond followed in 2003, which featured a diamond that floated and turned between the dial and the crystal to tell the time. Two years later, the BR01 was released and quickly became one of the brand’s most popular timepieces.

If you are looking for pre-owned Bell & Ross watches, you can rely on Blowers Jewellers for assistance. We like nothing more than to help our clients find their ideal item of luxury jewellery, and we are perfectly placed to do the same for you.

All of our second hand Bell & Ross watches are available to be viewed at our boutique in Kingston Upon Hull or by appointment at our office in London’s Mayfair. Each individual item has been hand-chosen by our experts and comes with a warranty that lasts from twelve months to five years.

Blowers Jewellers is even able to help if you are looking to part with your timepiece. Whether you would like to take advantage of our generous part exchange service or would prefer us to buy it outright, simply send us some details and we will provide you with what we believe is the best possible price within 48 hours.

Over the years, we have cultivated a hard-earned reputation for the quality of our service and advice. We believe that purchasing a luxury wristwatch or any other item of jewellery should be an extremely personal and special experience, which is why we will work with you to understand your requirements and style before recommending what we think is the best option for you. Whether you are looking for an investment piece or something to add to your collection, you can be sure you are in safe hands with us.

For more information about how Blowers Jewellers can help, visit us in store or contact a member of our team today.