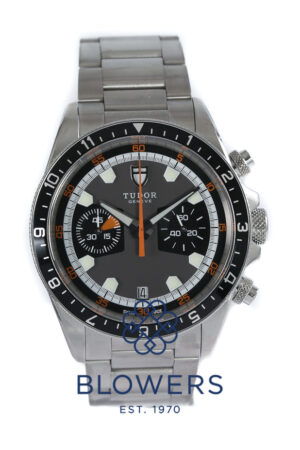 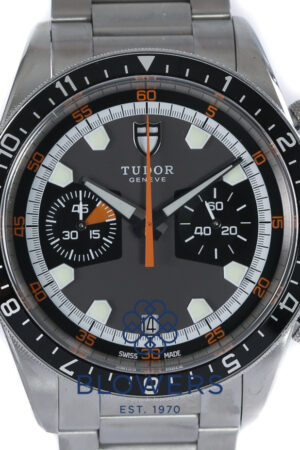 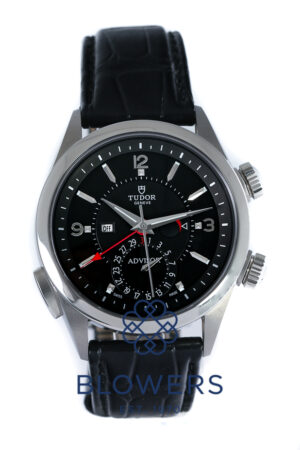 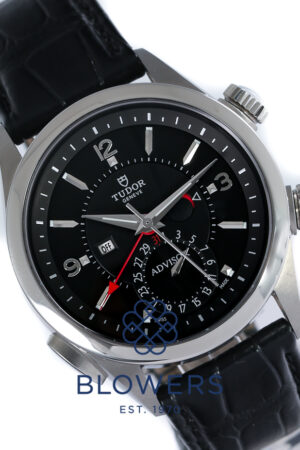 The History of Tudor Heritage Watches

Founded back in 1926, the Tudor brand is likely known best for its more famous, prestigious parent company, Rolex. Rolex founder Hans Wildorf initially created Tudor watches as a more affordable alternative to his Rolex brand. From inception to today, the history of Tudor has been intertwined with that of its more esteemed parent company, in most cases using a host of Rolex signed components.

For decades after its launch Tudor was closely synonymous with diving watches, with the French Navy notably purchasing Tudor watchfaces in bulk and paired them with military issued straps up until the 1980’s. Tudor also produced the Oyster Prince Submariner for the US Navy in 1957.

One of the key reasons that Tudor made an impact on the watch industry in the early days was that it was able to use the legendary Rolex waterproof oyster case. This meant that Tudor watches had the precision and durability of a top of the range Rolex, without a top of the range price tag.

Despite early success, the Tudor brand did go through a rough patch, a steady decrease in popularity meant that for a period, Tudor made the decision to halt sales of its watches in key markets, namely the United Kingdom and United States for a number of years in the early 21st Century. Tudor watches only went back on sale in the UK in 2014.

During these lost years, British and American watch collectors were robbed of some of Tudor’s most creative and innovative years.

The Tudor Heritage Advisor was released in 2011, drawing inspiration from the Tudor Advisor 7926 model. This modern update was less of a remake and more of a reimagining, taking modern technology and luxuries and applying them to a vintage design.

Then, in 2012, possibly the most iconic and successful design in Tudor’s long history was released. The Tudor Heritage Black Bay released to much fanfare. Sharing some style elements with the Tudor Submariner models of the mid century. The Heritage Black Bay boasted a snowflake hour hand, coloured bezel and came with a choice of bracelets and straps to suit your needs.

Following the release of the Black Bay Tudor sought to capitalise on the award winning success and popularity of the model and released the Tudor Heritage Chrono Blue with its eye-catching colours, as well as the Tudor Heritage Ranger.

Having returned to the top table of watchmaking following their global relaunch in 2009, Tudor began releasing their collections to eager watch lovers in the United Kingdom and United States in 2014.

Today’s crop of Tudor watches stand out from their contemporaries. Modern Tudor collections no longer rely on any Rolex parts. Instead opting to rely on movements produced in-house, allowing Tudor to step out of the shadow of its illustrious patent company and begin to start a journey and identity truly of its own making.

Everybody wants a Rolex. Ask anybody on the street, in the pub, on the train, anybody you ask will say that a Rolex is a dream watch. But the reality is that not everybody is able to afford a top of the line Rolex model. Swiss luxury and excellence paired with the iconic logo fetch a high price.

This is where Tudor comes in. Initially created to be a more accessible, alternative option to Rolex. Tudor watches are created using many of the same ideals as its glamorous parent company, but with more affordable materials.

This pairing of world-class techniques and expertise and more affordable materials make the Tudor watches the perfect combination of luxury and accessibility for any prospective watch collector.

The Tudor Heritage Collection is built on embracing vintage, retro design; reinventing and modernising, to introduce them to a contemporary, eager audience.

This old meets new principle has helped make the Heritage collection one of the Swiss manufacturers most popular models. These iconic models of the past are truly timeless designs, they just needed a fresh coat of paint and a refit under the hood to be embraced in the 21st Century.

The new Tudor Heritage models stand as vintage faces, with modern engineering and masterful craftsmanship underneath.