The epitome of watchmaking excellence, Audemars Piguet Royal Oak Offshore watches exude style and sophistication. Featuring a bold and exaggerated bezel, this collection consists of timepieces that have a commanding presence on the wrist and make ideal investment pieces. If you are looking for a timepiece that is robust yet elegant, this collection is ideal. 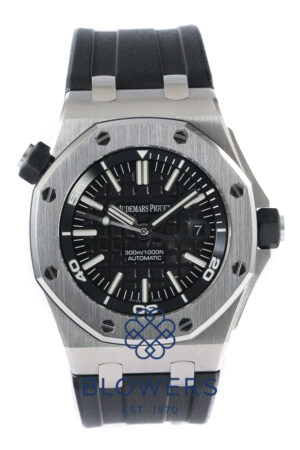 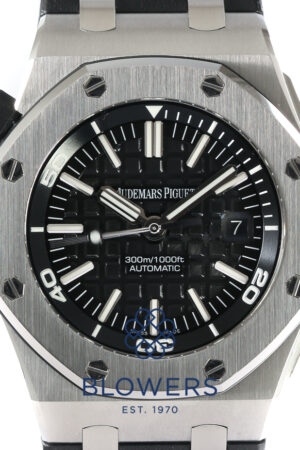 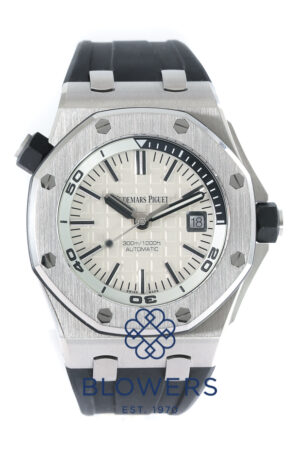 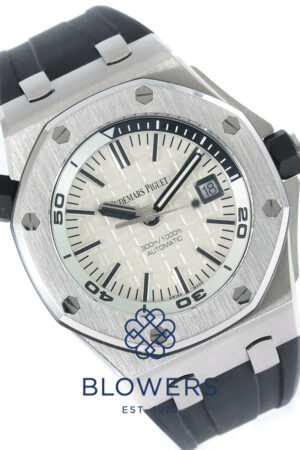 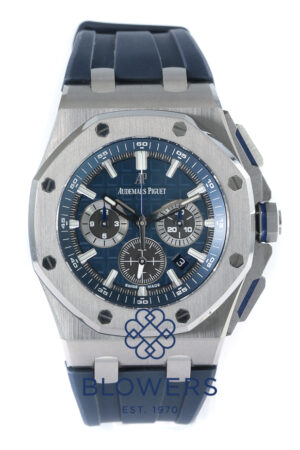 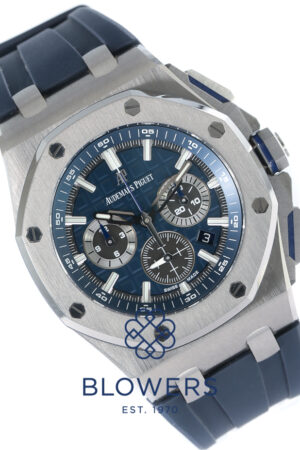 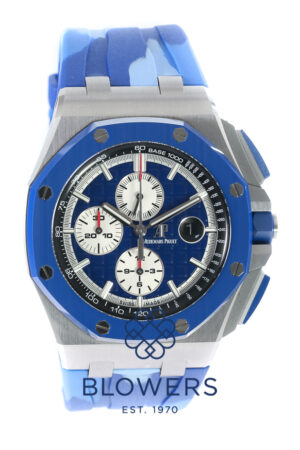 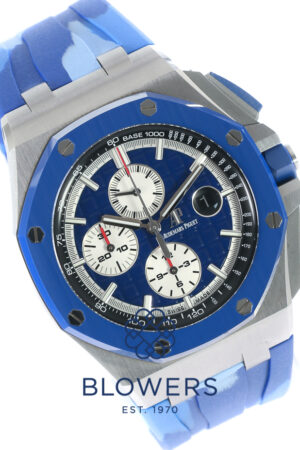 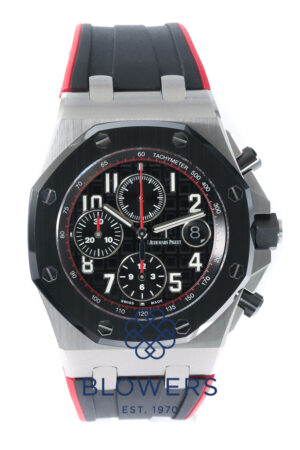 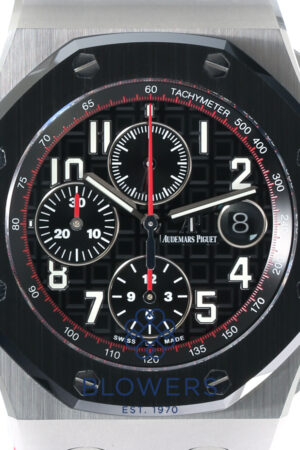 One of the most controversial, but influential watch revamps in history, the Audemars Piguet Royal Oak Offshore did feel familiar in many ways. This was down to the clear nod to its predecessor, with its octagonal bezel, highly-visible screws and intricate bracelet. However, it was certainly not for everybody. Despite remaining relatively faithful to the overall design, this reimagination was initially heavily criticised for being too big and too different. Perhaps the most vocal critic was the designer of the original Royal Oak, Gerald Genta, who felt that using the name “Royal Oak” was disingenuous since he felt the new models stripped away its essence. Slowly, opinions started to change, helped largely by endorsements from famous individuals such as triple Olympic gold medalist Tomba “La Bomba” and high-profile marketing campaigns.

Released in 1993, the first generation of Audemars Piguet Royal Oak Offshore watches were nicknamed “The Beast”. Three years later, the brand introduced eight extremely colourful and adventurous models – known as the Tropical Beasts. These timepieces featured the introduction of leather straps, a first for the Offshore line, that totally changed the aesthetic of the timepieces. This element has now become a mainstay for the collection, with most of today’s timepieces now offering non-metallic bracelets.

That same year, the first real statement pieces of the Offshore collection came in the form of The Beauty (also known as the Pounder). Made entirely out of gold, these exquisite timepieces really place the Offshore in a class of its own. Not only that, but they clearly show the brand’s ambition, way beyond its original utilitarian approach. This ambition became even more clear in 1997 when the brand introduced the first of four perpetual calendar versions of The Beast. These were the first Offshore models with a more elaborate calibre and only the second in a precious metal. Subsequent years saw the release of many different Offshore variants, with the Beast coming in platinum in 1997 and again in titanium a year later.

One way in which Audemars Piguet Royal Oak Offshore watches have managed to stay popular and relevant is their various collaborations with high-profile individuals. One of these is the Royal Oak Offshore Michael Schumacher, which comes in rose gold, platinum or titanium. Dedicated to Formula One’s most successful driver of all time, these pieces are strictly limited – making them extremely collectable and valuable. The F1 connection continued with the release of a model in collaboration with Schumacher’s former teammate, Rubens Barrichello, which was also available in several materials.

Arnold Schwarzenegger is yet another high-profile celebrity connected to the Royal Oak Offshore. Arguably one of the most influential of the special editions, the 1999 “End of Days” timepiece was a collaboration between Audemars Piguet and the actor for his new film of the same name. After the release, the Reference 25770 became one of the most well-liked timepieces in the collection and was only available in 500 pieces.

To really appreciate Audemars Piguet Royal Oak Offshore watches, it is important to take a look back at where they came from. Their base design with the portholes is a clear reference to their predecessor, the legendary Royal Oak. While remaining faithful to the key features of the original, the Royal Oak Offshore injected some real masculinity into the timepieces.

Much like its predecessor, which was welcomed with a rather lukewarm reception, the quality of the Royal Oak Offshore really shone through. Their bold new design caught the attention of the young and wealthy, bringing in new fans into the Audemars Piguet brand. Also like the original Royal Oak, this reimagination has now earned legendary status and is a must for any watch enthusiast.

The popularity of Audemars Piguet Royal Oak Offshore watches derives from their effortless combination of functionality and design. Their handy chronograph can easily measure short periods of time, while the layout of the date display is extremely practical. In addition, the dials feature easily-legible markers so that the time can accurately be read even with a quick glance.

When it comes to design, the timepieces are incredibly sporty and expertly manufactured. The movement parts have been polished and bevelled, resulting in a brilliant display of light and shade. Strong materials such as stainless steel and a reflective sapphire crystal are used to manufacture the timepiece, adding to the overall rugged aesthetic. Available in a variety of colour combinations, there will always be something unique for admiring clientele.