Created as an attempt to pull the brand out of the Great Depression, Audemars Piguet Royal Oak watches have taken the luxury watch industry by storm. Effortlessly taking you from day to night, these iconic timepieces showcase a truly modern charm and are as practical as they are unique. Not only did they save the Audemars Piguet brand, but they have actually become the flagship model that is adored by aficionados and collectors the world over. 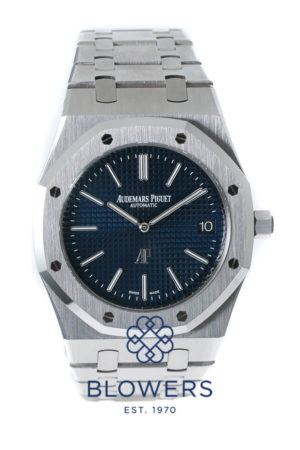 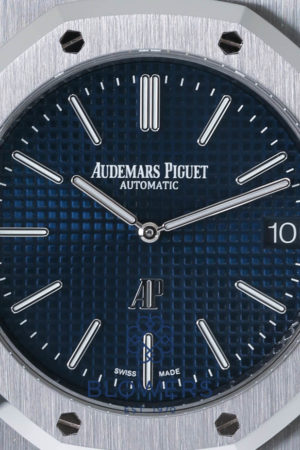 Audemars Piguet Royal Oak watches were first unveiled at Baselworld in 1972. Despite the initial tepid reaction, the company managed to sell almost 1,000 units in the first year. The watch was slim at just 7mm with a 39mm casing. It also came with an intricate and integrated stainless steel bracelet, and was powered by a Calibre 2121 movement. These first editions became known as the A-series of Reference 5402 and are still the most sought-after by collectors. Following the initial release, Audemars Piguet introduced several different variations in different metals, strap materials, movements and complications.

The next development for Audemars Piguet Royal Oak watches came in the form of the Royal Oak Perpetual Calendar and associated Calibre 2120/2800 in 1981. It was designed to be the thinnest timepiece of its kind and possessed a mechanical memory that took into account all possible calendar variations – including months and leap years. This enabled it to go without any manual intervention before the year 2100. Just three years later, the Royal Oak Day/Date Moon Phase was introduced to be an excellent alternative to the perpetual calendar movement.

Audemars Piguet was quick to commemorate important milestones for the Royal Oak. Its 20th anniversary saw the release of the Royal Oak Offshore collection that was designed to cater for the tastes of young people and sports enthusiasts. Ten years later, the Royal Oak Concept was launched, which was an authentic “lab watch” and the first timepiece to borrow a superalloy from the aeronautical industry.

In 2010, the Royal Oak Equation of Time was released, a timepiece that combined a perpetual calendar, precision lunar cycle display, the equation of time and the civil sunrise and civil sunset times all in one watch. Audemars Piguet also released the Reference 15202 (also known as the Jumbo), and an updated version to celebrate the 40th anniversary of the original Royal Oak in 2012.

The Timepiece Designed in a Day

The Quartz Crisis of the early 1970s was forcing luxury watchmaking brands to rethink their operations and find a new way to survive. Audemars Piguet was one of these companies, quickly realising that it needed to come up in an absolute gamechanger to survive. Without a new and innovative design, the firm was certain it would not be able to survive.

As the saying goes, desperate times call for desperate measures, and on the eve of the 1971 Swiss Watch Show (now known as Baselworld), Audemars Piguet sought out the help of legendary designer Gerald Genta – who had already established himself as a master watch designer. So inspired was Genta by the watch brand’s ideas, that he immediately set to work and produced designs for an all-steel sports watch that was inspired by a deep-sea diving helmet. Considering its nautical inspiration, Audemars Piguet decided a similar theme should be used for the name. Royal Oak was taken from three of the British Royal Navy’s warships that sailed between 1802 and 1939.

The decision to make it out of steel was a huge risk for the company, given the fact the luxury watch industry was dominated by gold and platinum. While initial reaction was mixed, the gamble eventually paid off and Audemars Piguet Royal Oak watches have since become icons that forever changed the world of luxury watch designs.

Ideal for Every Taste and Occasion

Audemars Piguet Royal Oak watches are available in a wide range of different variations, meaning there will undoubtedly be a perfect model to suit any taste and occasion. Bold and daring, these iconic timepieces will ensure that you always stand out from the crowd – thanks to their octagonal bezels and six visible screws that conjure up images of maritime portholes.

Now considered to be one of the most important collections in the history of watchmaking, Audemars Piguet Royal Oak watches are beloved by people from all walks of life, including mega stars such as Jay Z and Lionel Messi. Once scandalous and now legendary, these iconic timepieces are an excellent addition to anybody’s collection.