One of the brand’s blockbuster hits, Breitling Chronomat watches boast striking style, recognisable character, and everything you would expect from the instrument for professionals’. Functional and extremely precise, they are an absolute classic amongst aviation timepieces. The wristwatch was an instant hit on its launch, as it enabled pilots to perform complex calculations with ease thanks to its unique slide rule. Whichever model you choose, you will be sporting a piece of aviation history on your wrist. 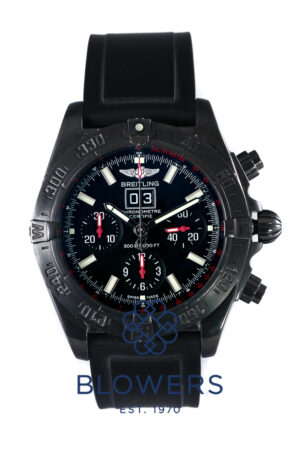 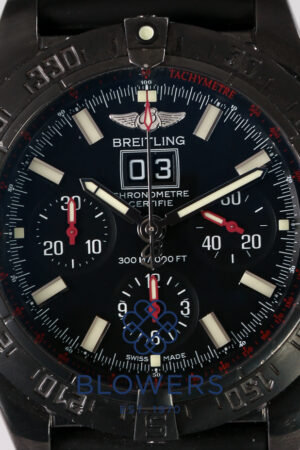 The History of Breitling Chronomat Watches

The Breitling Chronomat has actually been around for longer than you might think. It is a concept that began in the late late 1800s when Leon Breitling developed the first edition which would serve as the forerunner for this fantastic timepiece. He then secured a Swiss government patent in 1889 for the first Breitling chronograph, which was a simple design. Fast forward to the early 1940s, and a Swiss government patent was granted for an innovative circular slide rule to be used in conjunction with a wristwatch. The very first Chronomat model was launched in 1941 under the Reference number 769. It became an instant sensation, by offering a chronograph function and time display, while the integrated slide rule was useful for performing complicated calculations. The model was powered by a Venus 175 movement.

Minor changes would be made to the Chronomat in the 1950s, which also saw the launch of the Breitling Navitimer — which was inspired by the Chronomat’s design and functionality. These updates to the Chronomat continued in the 1960s and 1970s, with the inclusion of the first-ever automatic chronograph watch and a quartz non-chronograph edition. In 1978, all watch production came to an end and the Breitling company was bought by Ernest Schneider in 1979.

It would not be until 1984 that the Chronomat would see a return. This new version would serve as the Blueprint for all future models in the collection, and was designed in collaboration with the Frecce Tricolori, the aerial acrobatics team of the Italian Air Force. The timepiece was completely overhauled and designated as a pilot’s watch. Launched in celebration of the manufacturer’s centenary, this new edition was a huge hit. Soon afterwards, more models were produced such as a yachting version and a model specifically designed for the Renault Formula 1 team. A two-tone version was also offered, with rider tabs, crown and pushers made out of gold.

Fast forward to 1994 and a limited number of Chronomat timepieces was released to celebrate the 10th anniversary of the collection’s rebirth. Given the Reference 13050, it had an 18kct yellow gold Breitling wings logo and a special engraved back that featured a relief image of the Aermacchi MB-339A aircraft used by the Frecce Tricolori. A year later, a special edition of the 13050 was launched in commemoration of the 40th anniversary of the Frecce Tricolori.

As the Chronomat continued to evolve with over 1,000 different combinations of case metals, dials, straps or bracelets, a special version was brought to market in 1996 — the Blackbird. Unashamedly a tool watch, it was named after the Blackbird SR-71 aircraft and featured a matte casing that bore some similarities to the Chronomats from 1984. Later, a blue-dialled version would be released, known as the Bluebird. Following this point, the Blackbird would be available with either a black or blue dial.

Several other versions of the Chronomat were released over the years, including a limited series of 500 timepieces to commemorate the 50th anniversary of the US Air Force, and 1999’s Reference 13350. The latter was essentially the same as the Reference 13050, but was a certified chronometer. The Chronomat Evolution was then unveiled in 2004, which marked a large departure from the original 1984 Chronomat. Not only was it thicker and bigger in diameter, the iconic straight case sides were dropped in favour of conventional lugs.

The year 2009 was especially exciting for Breitling. After several years of research, the company unveiled its first in-house automatic chronograph movement, the B01. A calibre of this quality demanded a new, unrivalled timepiece to feature in, and the manufacturer did not disappoint with the Chronomat B01. This new iteration differed greatly from its predecessors, with a striking bezel that featured large numerals and the chronograph totalisers arranged in a 9-6-3 formation.

Spring of 2020 saw another new iteration of the Chronomat, inspired by the original 1984 model. Perhaps the most notable of features from this timepiece was the Rouleaux bracelet which is integrated into the case and made up of narrow, rounded links. The 15 and 45-minute tabs are also held in place with screws and can swap places depending on whether you require a count-up or countdown function.

With so many options available, Breitling Chronomatic watches really do offer something for everybody.

By Pilots, For Pilots

The modern-day Breitling Chronomat watches that we know and love today came as the result of a collaboration between the manufacturer and the aerobatic demonstration team of the Italian Air Force, the “Frecce Tricolori”. After all, who better to know how to satisfy the needs of pilots than pilots themselves? The result of this was 1984’s Chronomat, which took into account every single recommendation the air team made.

Not only was the wristwatch equipped with a tachymeter and a scale that was accurate to one-hundredth of a second, but it also featured conspicuous rider tabs that improved the grip of the timepiece and offered more protection to the sapphire crystal. In addition, the crown and chronograph pushers are also designed to help pilots handle the watch without any difficulty. All of this was met with great approval from the aviation community.

World renowned for their functional design and outstanding precision, Breitling Chronomat watches have become one of the trademarks of the manufacturer’s entire catalogue. Not only is the iconic bezel design with four rider tabs a feature on the Galactic and Avenger series, but the Chronomat itself served as a blueprint for the iconic Navitimer range.

Over the years, the Chronomat has evolved into a vast collection that includes everything from traditional pilot’s chronographs to classy dress watches. With cases measuring from 32mm to 44mm, there is something for every wrist size. Stylish and incredibly versatile, there is hardly any other timepiece in the Breitling collection that has such a variety of colours, dials, and materials as the Chronomat. Thanks to the large number of special editions, even the older pre-owned Breitling Chronomat watches have the same level of appeal as more modern incarnations. Why not add one to your collection?