Revered as one of the ten great classics of 20th century watchmaking, Breitling Navitimer watches are adored by pilots and have achieved cult status amongst enthusiasts. The ultimate chronometer for those who enjoy the jetset lifestyle, its impeccable performance and striking aesthetics have made the timepiece an icon across the globe. Originally developed to help pilots make complex calculations easily, it remains a shining example of manufacturing mastery. 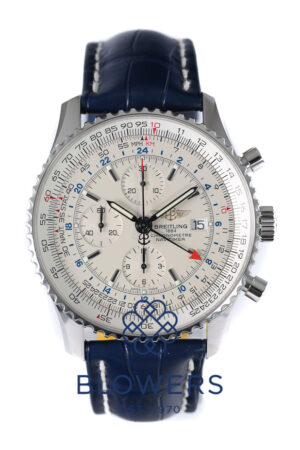 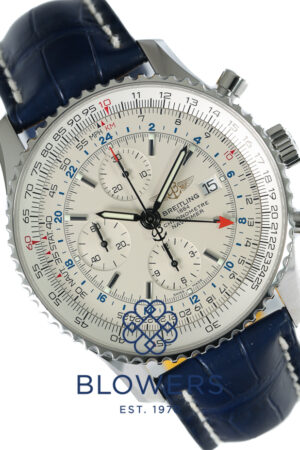 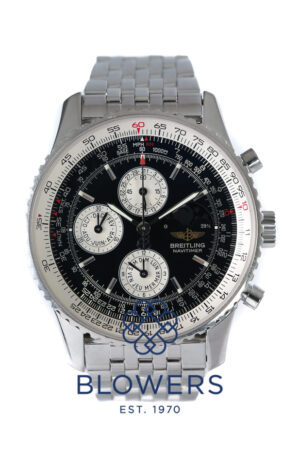 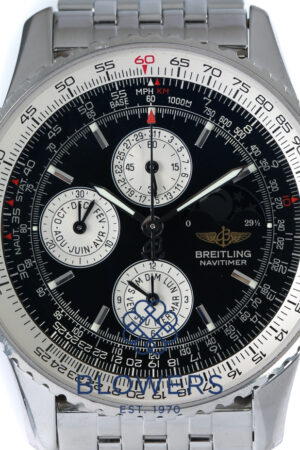 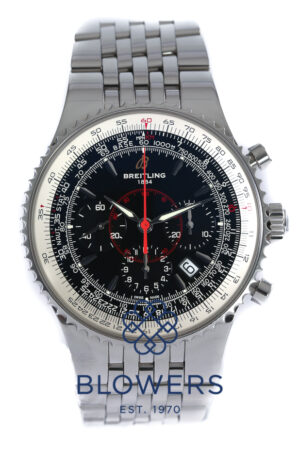 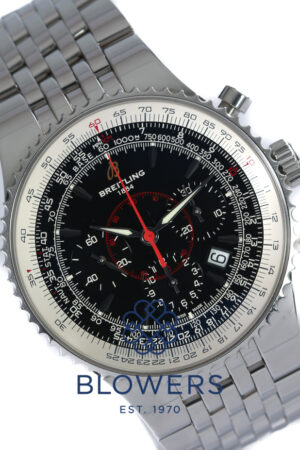 The History of Breitling Navitimer Watches

Before delving into the beginnings of the Breitling Navitimer, we must first start with its predecessor — the Chronomat. Officially launched in 1942, it was the world’s first chronograph that was capable of solving complicated equations that were crucial for air navigation. It enabled pilots to measure speed, distance, and pulsations using three distinctive graduated scales known as tachymetric, telemetric, and pulsometric.

Sensing a need for self-contained wrist instruments for pilots, Breitling and Aircraft Owners & Pilots Association (AOPA) jointly developed the Navitimer chronograph during the 1950s. Taking its name from the words “Navigation” and “timer”, the timepiece took the slide rule bezel found in the Chronomat and was immediately adopted as the AOPA’s official wristwatch. This huge endorsement helped the ‘Navi’ become a quick favourite amongst professional pilots.

The generations of Navitimers produced during the 1950s and 60s were designated the Reference 806 and were powered by either Venus 178 movement or the Valjoux 72. All of these early calibres were hand-wound. Also in the 1960s, Breitling joined forces with a host of other manufacturers to create the first self-winding chronograph movement. Its first timepiece using this mechanism was 1969’s Navitimer Chronomatic Reference 1806.

In the early 1970s, Breitling released the first Navitimer to have a date window. This timepiece is considered by some enthusiasts to be the last of the true Navitimers, as from the mid-70s onwards, the brand debuted a series of quartz versions — first with LED displays and then followed by LCD displays. One constant throughout this, however, was the traditional slide rule bezel. Things started to go very badly for the brand in the late 1970s, and was eventually sold to Ernst Schneider and the Sicura watch firm in 1979. This could not save the company, and it was eventually shuttered just months after the transaction took place.

A new Breitling company was eventually created by Ernst Schneider, an engineer and amateur pilot. He had grand designs for the brand and ushered in a range of quartz and mechanical timepieces. The Navitimer then resurfaced in 1986, with the Reference 81600 that featured a manually-wound Lemania 1872 movement. This was followed two years later with an automatic calibre.

The 1990s saw Navitimer return in full force. It was powered by the Valjoux 7750 movement and managed to recapture the magic of old. While the dials looked quite similar, with the familiar slide rule bezel and subdials at 3, 6 and 9 o’clock, some models went for a 6-9-12 layout instead. Timepieces launched in 1993 also saw an increase in water resistance, up to 3 bar. Meanwhile, the year 2003 introduced us to a play on an old Navitimer design, dubbed the Chrono Matic. This 49mm timepiece had a crown on the left and was powered by a modified ETA 2892 movement.

Perhaps the most important development in Breitling’s recent history came in 2009 with the introduction of the Calibre 01, the company’s first in-house movement. It featured a column wheel like the original Venus-powered Navitimers did, as well as an integrated chronograph architecture. It also received a COSC chronometer certificate as well.

Later collections of the Navitimer include designs that broaden its scope massively, including non-chronograph, time-only models. These timepieces are part of the Navitimer 8 series, which are more contemporary in their styling. Fans of the old-style timepieces, meanwhile, will be more familiar with the Navitimer 1 series. Whichever style you choose, it cannot be deny that Breitling Navitimer watches are completely deserving of their legendary status and are must-buys if you like all things relating to aviation.

Around ten years after its first release, the Breitling Navitimer joined a small but illustrious group of wristwatches to leave the relative safety of Planet Earth and journey into space. It caused an immediate sensation, since this was the first time a chronograph had entered outer space on the wrist of an astronaut. The man in question was Scott Carpenter, who wore it on board the Mercury-Atlas 7 flight in May 1962. One of the model’s special features was a 24-hour scale, which enabled Carpenter to determine whether it was daytime or nighttime back on Earth.

Many iterations of this watch, dubbed the Navitimer Cosmonaute, have been released in the subsequent decades. Perhaps the most well-known of these was the limited-edition version from 2012 that was launched to mark the 50th anniversary of the Navitimer’s journey into space. Fittingly, there were only 1,962 pieces ever made, and featured an engraving of the Mercury-Atlas 7 mission’s logo and a scale to convert between Celsius and Fahrenheit.

Breitling Navitimer watches are undoubtedly the jewel in the manufacturer’s crown. Ever since launch, the collection has been considered an icon amongst pilot’s watches, thanks to its functionalities that take it way beyond your average chronograph. Pilots can use this groundbreaking timepiece to calculate speed, fuel consumption, ascent and descent rates, and much more besides.

A truly timeless and unsurpassed classic, the Navitimer has only undergone minor changes since its initial release. It is therefore perhaps unsurprising that the timepiece is so revered by pilots, aviation enthusiasts, and watch collectors alike. This is due to its unrivalled practical functionalities and distinguished tradition. An exceptional companion on land, at sea, or in the air, the Breitling Navitimer is a must-have addition to anybody’s collection.