Designed to provide engineering solutions to practical problems, IWC Portugieser watches are the result of decades of experience, pioneering design and meticulous construction. With their coloured history and iconic aesthetics, this incredibly popular collection epitomises precision timekeeping. Boasting a design that is as crisp as it is timeless, these impeccable wristwatches have turned into a true icon of watchmaking. 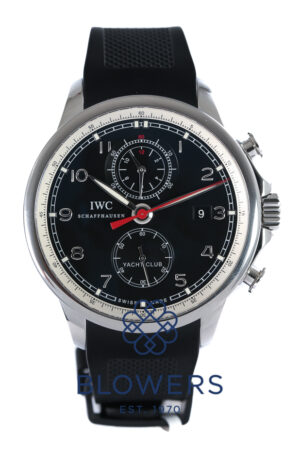 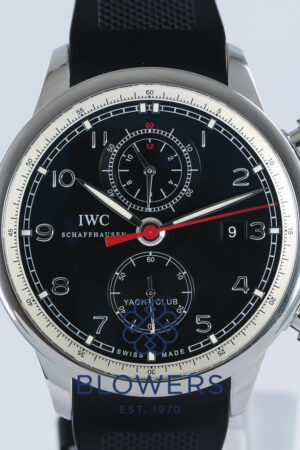 The History of IWC Portugieser Watches

The Portuguese have long had a reputation for being bold, adventurous and intent on making new discoveries. Bartholomeu Dias was the first person to sail around the southernmost tip of Africa, Fernando Magellan the first to circumnavigate the world, and Pedro Cabral discovered Brazil. This trend continued in the 1930s when two merchants named Rodríguez and Teixeira contacted IWC to create the perfect large steel wristwatch for captains and officers of the Portuguese merchant fleet.

IWC Portugieser watches were the result of this, and were first released in 1939. It was considered to be huge for its time and featured a streamlined dial with Arabic numbers and a very thin bezel that made it look even larger. In the early years, the manufacturer only sold a small amount of Portugieser timepieces, to the point where it seemed to be heading for a silent decline.

That was until the beginning of the 1990s, when plans were made to revive the collection. In 1993, to mark the 125th anniversary of the brand, seemed like the perfect occasion to unveil the revamped Portugieser. The Reference 5441 featured a 42mm case and was produced in 1750 pieces. Just two years later, IWC released the Minute Repeaters and the rattrapante chronograph.

The year 1998 saw the launch of the chronograph Reference 3714, which is considered by some to be the most coveted in the entire collection. Various other models have been released in subsequent years, most notably the Portugieser Perpetual Calendar, Tourbillon Mystere, and Yacht Club Chronograph.

Then, in 2011, IWC launched its most complicated mechanical wristwatch, the Sidérale Scafusia. This magnificent creation is made to order, such is its splendour. Four years later, the Portugieser was given a brand new name (it had previously been known as the Portuguese) and a newly-designed movement. This new range sets new standards for technicality and aesthetics for large watches across the world.

Written in the Stars

Perhaps one of the most impressive timepieces in the Portugieser collection is the elegant Sidérale Scafusia, IWC’s pièce de résistance. This platinum-clad tourbillon watch features a perpetual calendar, sidereal time and star chart. It also boasts a constant-force mechanism that guarantees optimal accuracy.

The back cover of this timepiece showcases a section of the night sky that is matched to the location of the wearer. Its rotating sky disc displays 500 stars and constellations in minute detail. In addition, seasonal times, sunrise and sunset times, perpetual calendars and leap years are all displayed on the dial.

A stunning example of watchmaking prowess, the IWC Portugieser Sidérale Scafusia consists of 520 components and precious materials, such as platinum and 18 karat white or rose gold. It also offers more than 200 design choices, all of which provides extremely fine workmanship.

Combining traditional values with state-of-the-art technology, IWC Portugieser watches are one of the manufacturer’s most popular collections. It is a timepiece of many faces, but still manages to keep true to its original roots. With each new iteration, the brand consciously bridges the gap between the past and present to create a truly timeless piece of art.

Boasting premium workmanship and unbeatable precision, these exquisite timepieces manage to evoke the sense of adventure and wonder that created them in the first place. Whether new, pre-owned or vintage, IWC Portugieser watches are the ideal companions for any occasion.