Add a touch of class and sophistication to any occasion or outfit with our stunning range of Omega Constellation watches. The collection effortlessly combines elegance, style and mechanical precision to create something truly exceptional. Designed by creative experts, each watch is crafted using the finest materials – such as rose gold, stainless steel and luxury leather. Omega Constellation watches are characterised by the unique star symbol that appears above the 6 o’clock position, giving them a unique look and making them instantly recognisable. Available in an array of designs, you are sure to find the right one for you. 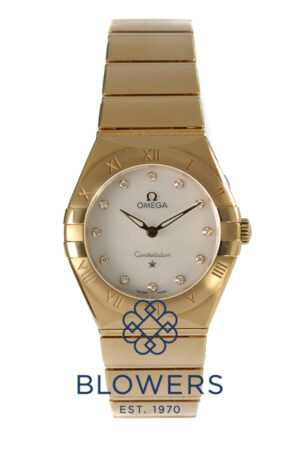 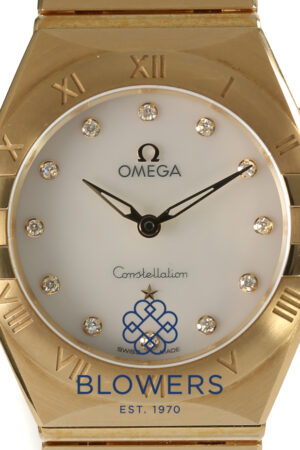 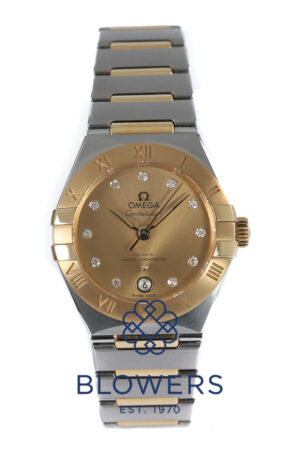 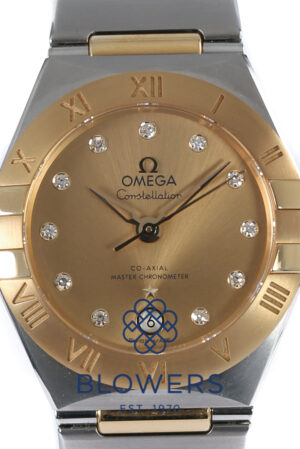 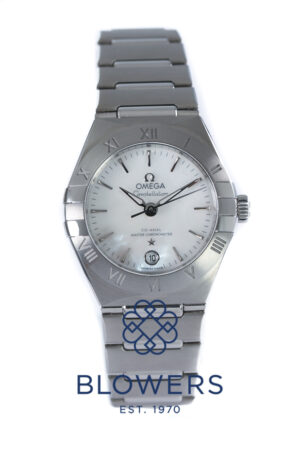 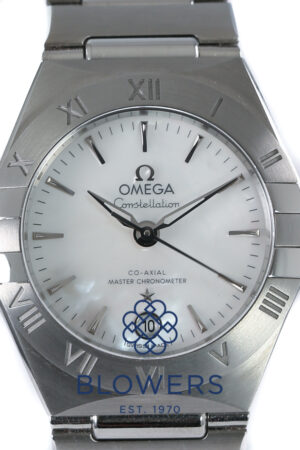 The History of Omega Constellation Watches

In 1948, Omega decided the time was ripe to unveil its very first chronometer-certified wristwatch with an automatic movement. It did this by releasing the limited-edition Centenary, to celebrate the watchmaker’s 100th anniversary. The model was such a success that Omega decided to design a completely new collection that could be mass produced. And so, the Constellation was born.

Omega Constellation watches were designed to be the flagship collection and a true test of the company’s watchmaking and engineering prowess. The first iterations of the watches were equipped with the calibre 354, known as the “bumper automatic”. Unlike the modern day automatic winding rotor, which makes a full 360° rotation, the bumpers in these early watches only travelled a short distance before hitting a spring that reverses their movements. Not long after this, Omega released the 500 series of movements, which switched to the full rotor system of movement.

A feature of many Omega Constellation watches in the 1950s and 1960s was the domed dial, more commonly referred to as the pie-pan. This iconic design is a must-have for vintage collectors and served as the inspiration for the current Globemaster collection. By the mid-60s, the pie-pan dials slowly made way to flatter dials combined with more interesting and intricate shapes and sizes for the casings. These more streamlined versions were touted as the first watches in the world to truly integrate the case with the bracelet.

The emergence of quartz was a major problem for many watchmakers, but not so for Omega. Instead, the Swiss manufacturer presented three lines of watches that contained quartz calibres at the 1970 Basel fair. Quartz’s ultra-thin properties led Omega to explore new and radical designs, such as the space-age looking “time computers” with red digital displays.

1982 saw the release of the iconic Constellation Manhattan family, one of the very few watch designs that has still managed to pass the test of time. The distinctive feature of this collection was the four claws (also known as “Griffes”) that extend from the case over the dial at the 3 o’clock and 9 o’clock positions. These were as practical as they were aesthetically-pleasing, given the fact they also served to ensure water resistance.

The Manhattan style proved so successful that it ultimately took over the entire Constellation collection, with only minor alterations. This changed in 2003 with the 2003 Constellation Double Eagle, which was powered by Omega’s very first Co-Axial Calibre 2500.

A distinctive feature of Omega Constellation watches is the circle of Roman numerals, which are etched into the raised bezel of brushed metal to mark the hours. Some of the more ornate ladies’ models contain a row of diamonds around the bezel instead.

While it is possible to see Omega Constellation watches on a leather strap, it is much more commonly worn on an integrated metal bracelet. This “mono-rang” design was specially created for comfort, thanks to its hinged horizontal links. The design also allows for some quite stunning material contrasts.

The collection’s Co-Axial movement is deemed to be so reliable that it is guaranteed for three years longer than the industry standard. Omega’s pursuit of technological advancements also means that the Constellation can resist the damaging magnetism of everyday electronic appliances. As a result, they need servicing a lot less often.

The Conquest of Time Itself

A long time before Omega explored the depths of the oceans and decades before the brand made history by becoming the first timepiece on the surface of the moon – the Swiss watchmaker attempted to master time itself. It did this by building ever-more accurate movements to achieve the highest level of precision possible. Indeed, the company achieved a clean sweep at the Geneva Observatory trials in 1931 by breaking the record for precision in every category. This led Omega to adopt the tagline “exact time for life”.

This fantastic achievement was etched in watchmaking history with the creation of the caseback medallion. The medallion contained an image of the Geneva Observatory and exactly eight night stars – each one representing the eight chronometry records Omega set. It is this particular picture, with the stars arranged in the form of a constellation, that gave the collection its name.

The pursuit of timekeeping excellence continued with the introduction of the Constellation Globemaster in 2015. An amalgamation of many different past references, this timepiece boasted the first ever Co-Axial Master Chronometer movement, the Calibre 8900. The watch is also certified as a “master” chronometer by METAS, the Swiss Federal Institute of Metrology, further cementing Omega’s legacy as the masters of precision.