One of the most important success stories for the brand, Omega De Ville watches are the polar opposite to sports timepieces. Effortlessly exuding style and elegance, these watches are characterised by a streamlined and chic design, backed by first-rate movements. Many important milestones were reached by this collection, not just for the watchmaker itself, but also the entire horology industry. This makes them the ideal addition to anybody’s collection. 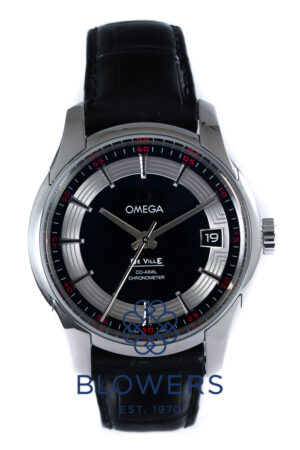 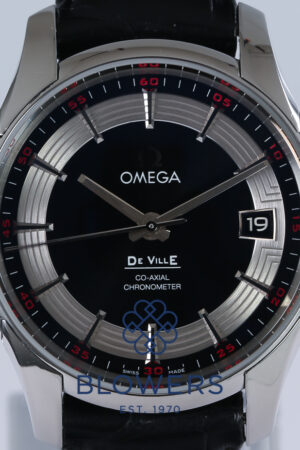 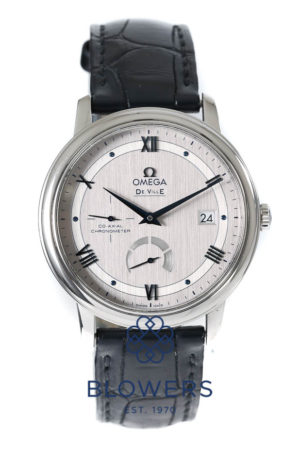 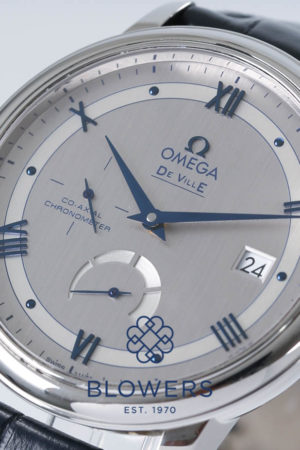 The history of Omega De Ville watches begins in 1960, when the watchmaker first used the name for a special edition of the Seamaster series. While it looked quite similar to its sister models, it featured a unishell case that meant the movement could only be serviced from above. One of the major disadvantages of this was its resistance to water. The watch could only resist a maximum of 30m of water pressure. These timepieces only had the word “Seamaster” printed on the dial to start with, something that did not change until 1962, when it officially became known as the Seamaster De Ville.

This was the case until 1967 when Omega launched the De Ville as a completely separate line of watches. It quickly became one of the brand’s best-selling collections, largely owing to the more streamlined and younger feel they provided. The collection embodied a whole new identity for Omega, becoming extremely popular with a section of the market that the brand may have otherwise failed to tap into.

Omega De Ville watches enjoyed great success during the 1970s, winning several awards at the highly-regarded Grand Prix Triomphe de l’Excellence Européenne. They were also the stars of the Baden-Baden Golden Rose design awards, coming away with a grand total of six accolades during this period.

The collection experienced another milestone in 1999 when one of its watches was the first to be created with Omega’s new Co-Axial Calibre. The brand also released an updated version of its classic Ladymatic design a few years later, capturing the attention of women across the world. The Oscar-winning actress Nicole Kidman famously fell in love with this timepiece, which is almost entirely made of 18ct gold and framed with a diamond-set bezel. Finally, in 2007, the brand launched the Omega De Ville Hour Vision, which displays a complex level of workmanship and an impressive dial.

Today, Omega De Ville watches represent a family of timepieces that each have their own subcollections. This group is composed of Ladymatic, Hour Vision, Tresor, Prestige, Gents’ Collection and Tourbillon. In this section, we will delve into each one in more detail and outline what makes them so special.

Omega De Ville Ladymatic models are examples of stylish watchmaking at the highest level. They were first introduced in 1955 and reissued in 2007, with a range of variations to choose from. For example, the casing is available in everything from rose and yellow gold to white gold and stainless steel – with the bracelet available in the same variations – as well as a leather strap. The installed calibres are either the Omega 8521, the Omega 8520 or the Omega 8421.

Simplicity and elegance are in abundance when it comes to the De Ville Hour Vision collection. This range has three different casing options; Sedna gold, stainless steel and rose gold. While all of them are 41mm in size, each comes with different features that range from date display and chronometers to annual calendars and pieces with a transparent case back. Some are even antimagnetic up to 15,000 gauss.

The Tresor collection is the perfect combination of classic elegance and modernity. The timepieces are powered by one of Omega’s most powerful movements and are available in Sedan, white and yellow gold. The leather straps can also be bought in a variety of colours, while the watches boast impressive features such as insensitivity to magnetic fields and a co-axial escapement.

Some of Omega’s most popular men’s collections reside in the Omega De Ville Prestige series. Measuring 36.5mm in diameter, the casing is available in a variety of colours – including champagne, silver, blue and white. The colour of the dial depends on which type of casing is on the watch. Although the timepieces give off a timeless appearance, they borrow quite heavily from Omega’s early classic designs. All models in this collection come with the calibre Omega 2500 movement.

The Men’s Collection provides everything that a classic mechanical wristwatch should bring. It boasts a 41-42mm case and a dial with Roman numerals that have two clearly divided zones. The timepieces are powered by one of the best movements Omega has ever produced – the Co-Axial calibre 9301.

Last but by no means least, is the Omega De Ville Tourbillon collection. Each individual model has unique and exquisite details and is the world’s only watch with a central tourbillon. For this, it has to be manufactured by a select few master watchmakers. Each timepiece is made in over 500 working hours, with each watchmaker engraving their name into the main tourbillon plate so it can be returned to them if any amendments are needed.

Omega De Ville watches have reached some incredibly important milestones. It was the De Ville that was created with the brand new Co-Axial escapement, which significantly increased the precision and lifespan of the movements. This was accomplished by reducing the friction between the escapement wheel and armature, enabling it to redefine the manufacturing of mechanical movements.

Another essential milestone was the introduction of the hand-wound movement 2500, which was also first available in Omega De Ville watches. In 2007, the collection secured another first, when the self-developed automatic calibre 8500 debuted in the Hour Vision series.

If you are looking for a series that effortlessly marries precision and style with ingenuity, Omega De Ville watches are essential.