There are few more groundbreaking collections of timepieces in existence than the Omega Speedmaster. The watches blazed a trail through history thanks to their role in the Apollo moon missions. It is therefore no surprise that the collection is recognised as being the number one watch for space agencies and astronauts alike. Perfect for those who either have concrete technical demands, or who enjoy the ability to play with a few extra gadgets, Omega Speedmaster watches have an extremely dedicated fanbase and are an ideal collectors’ item. 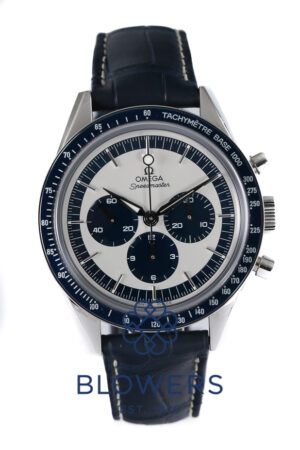 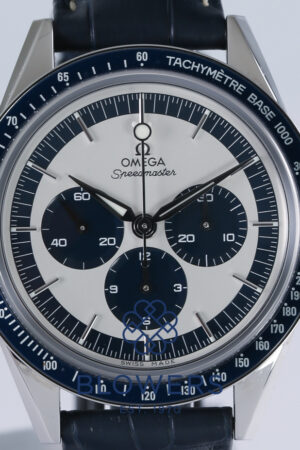 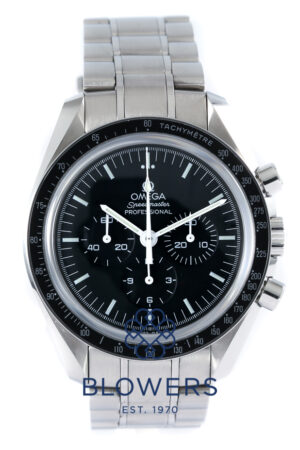 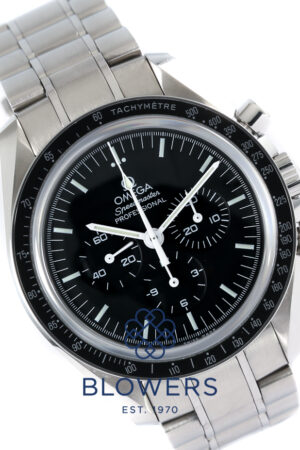 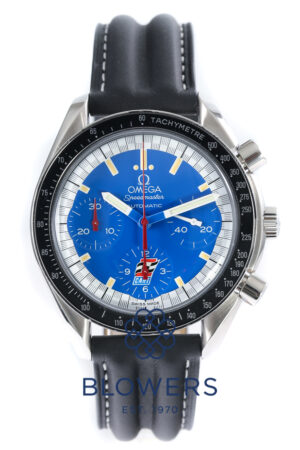 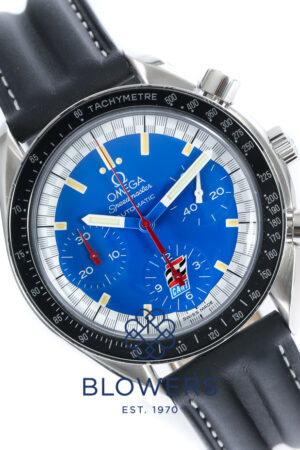 The History of Omega Speedmaster Watches

Despite their moniker of the “Moonwatch”, Omega Speedmaster watches did not start off life with this purpose at all. When the first timepiece of the collection was part of the “Professional’ range – alongside the Railmaster and Seamaster 3000. The “Speedy”, as it was more affectionately known, was actually first introduced as a sports and racing chronograph and was designed to complement Omega’s enviable position as the Official Timekeeper of the Olympic Games.

The Omega Speedmaster gained its name for its tachymeter scale bezel and took its inspiration from the dashboard clocks of Italian sports cars from the late 1950s. The timepiece was characterised by its sporty appearance, including a black dial, broad arrow hands and curved lugs.

Omega Speedmaster watches first established an association with the space industry after its second iteration, the ref. CK2998. Two astronauts called Walter Schirra and Gordon Cooper each purchased one of the timepieces to wear while on space missions. Schirra actually wore his watch on board the Sigma 7 craft while participating in the Mercury-Atlas 8 mission in October 1962. This was the Speedmaster’s first journey into space.

Around the same time, NASA anonymously purchased a series of chronographs from a variety of different brands – with a view to finding the best one for its astronauts to wear while in space. In 1964, the watches that passed all of the pre-requisites were officially bought by the space agency and subjected to a variety of pre-selection tests – with only three out of the six making it through to the next stage. These finalists were then subjected to some of the most rigorous trials in the history of horology. Finally, on the 1st of March 1965, NASA announced that only the Omega Speedmaster had passed.

The 20th of July 1969 saw one of the most historic moments for mankind, and the Omega Speedmaster was a part of it. The watch was worn on the wrist of Buzz Aldrin when he became the second person to step on the moon’s surface. Since Neil Armstrong had left his watch on the spacecraft, Aldrin’s timepiece became the first that was worn on the moon. In tribute to this monumental achievement, Omega launched the Speedmaster BA145.022, which included the inscription “to mark man’s conquest of space with time, through time, on time.” This event is just part of the Omega Speedmaster’s association with the Apollo space missions, which we will discuss later.

Omega Speedmaster watches were again chosen by NASA in 1978 to be the official chronographs of its new Space Shuttle programme, and were subjected to further gruelling tests aboard the Russian space station MIR between July 1993 and July 1994. As a result, the timepiece became the most vigorously-tested watch in the world.

The Swiss brand’s close association with space continued as it has launched several limited edition Speedmaster watches to commemorate the anniversaries of various NASA missions. These included the 50th anniversary of the historic Apollo 11 mission and the moon landing.

Even after more than 60 years, Omega Speedmaster watches continue to be some of the most beloved and iconic chronographs in history and the jewel in the Swiss watchmaker’s crown.

Omega Speedmaster watches have an incredibly close and poignant relationship with NASA’s Apollo 11 and Apollo 13 missions. As mentioned earlier, the timepiece worn on the wrist of Buzz Aldrin became the first watch on the surface of the moon in 1969. This came about due to the fact that the electronic timing system on the Lunar Module was not working correctly. As a result, first man on the moon Neil Armstrong left his watch aboard as a reliable backup.

The close association between Omega Speedmaster watches and the Apollo missions was further strengthened during the Apollo 13 mission in 1970. Following an explosion that was caused by an electrical failure, the crew evacuated to the tiny Aquarius Lunar Module. In an effort to conserve power, pilot Jack Swigert used his Speedmaster timepiece to precisely calculate the all-important 14 seconds of engine boost that was needed to angle the shuttle for re-entry into the Earth’s atmosphere. To commemorate this achievement, Omega was awarded the Snoopy Award by the Apollo 13 astronauts, for “dedication, professionalism, and outstanding contributions in support of the first United States Manned Lunar Landing Project.”

To conform with NASA’s specifications, while also appealing to racing drivers, Omega Speedmaster watches feature high-contrast batons and hands that are filled with lume to assist with reading in low light. Some models in the collection contain feature markers filled with Super-LumiNova that emit a green light.

Although the collection is not focused on water resistance, many models can withstand water between 30 and 100 metres. The space between the subdials is small, yet extremely easy to read. This makes counterfeits quite simple to spot, as the gap on these copies is usually quite larger. Many Speedmaster watches also feature a transparent caseback, which allows the wearer to closely admire the intricate workings.