No-nonsense and as rugged as they come, Patek Philippe Aquanaut watches are the real tough guys of the Genevan manufacturer’s catalogue. The perfect marriage of classic elegance and modern sportiness, this incredible range of timepieces are built for an active lifestyle with just the right amount of luxury. 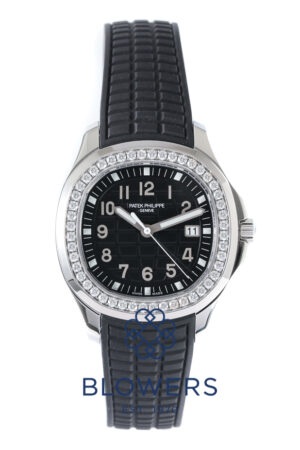 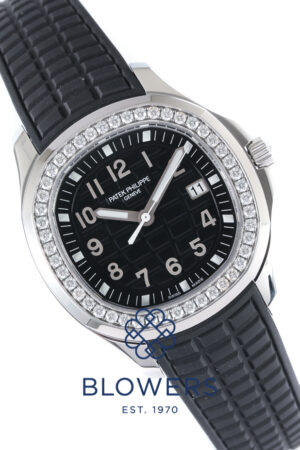 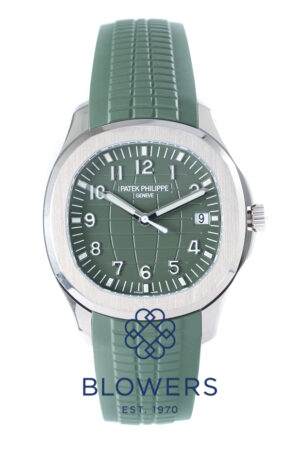 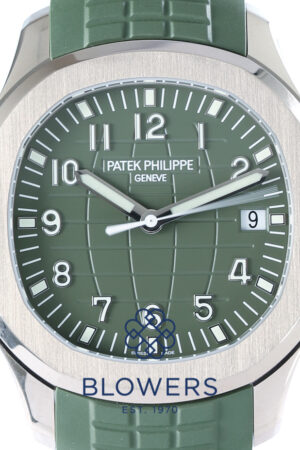 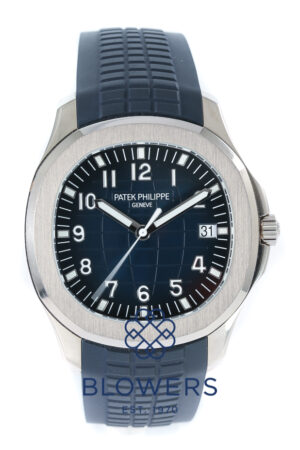 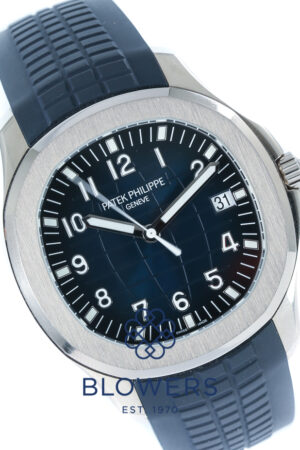 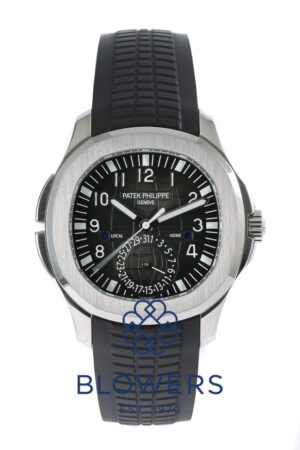 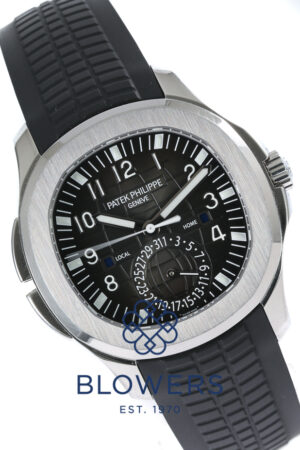 First released in 1997, Patek Philippe Aquanaut watches were nothing short of revolutionary. Designated the Reference 5060A, this timepiece shared a lot of similarities with the Nautilus but had a much more contemporary feel. The distinctive dial was unique to just the Aquanaut, and featured a central raised guilloché motif with modern Arabic numerals for the hour markers. Another defining feature was the rubber bracelet, which was a first for the Genevan manufacturer and a very bold move for the brand at the time. A year later, the company launched an updated model that reduced the size to 34mm. Also in 1998, the Reference 5065 was released. More “Jumbo” in size, this iteration was available in steel and yellow gold. The following year also saw the introduction of a completely yellow gold model.

In 2007, the Aquanaut celebrated its 10th anniversary. To celebrate the occasion, Patek Philippe decided to refine the model even further with a less-pronounced dial and a now-legendary strap that evokes the much-desired look of the Nautilus. These changes were presented on the Reference 5167 A-001, in 38.8 mm and ref. 5165 A-001, in 40.8 mm, the latter being the XL version of the collection. The following year, Patek Philippe brought the Aquanaut even closer to the Nautilus by equipping the latest iterations with the 324 SC automatic movement.

Patek Philippe Aquanaut watches received their first complication, with the launch of the Aquanaut Travel Time. The watch featured a skeletonised hand that can be set to display a secondary time zone and a colour-change mark that signified whether it was day or night in the two zones. The date, which could no longer fit in its traditional place, was moved to the bottom part of the dial.

To celebrate the 20th anniversary of the Aquanaut, the Genevan manufacturer prepared a series of spectacular surprises. The first of these was the Aquanaut Advanced Research Travel Time in a limited edition range. Second came the Reference 5168G “Jumbo” that offered a white gold version of the timepiece for the first time, and also debuted a blue dial. A year later, the Reference 5968A was launched to give the collection its first chronograph and attracted a lot of attention due to its unconventional colours. This trend of outlandish colours continued in 2019 with the launch of the Reference 5168G Jumbo Khaki Green – something that has already been described as the “most expensive piece of rubber in the world.”

Made for the In Crowd

Patek Philippe has a remarkable reputation for making luxurious timepieces that appeal to a younger market. The Aquanaut provides its target clientele with its fun and modern style that features travel time, a date, and self-winding chronograph. This innovative collection was designed to attract a new generation of watch enthusiasts and embrace the notion of ‘casual luxury’ that was so en vogue at the time – all while displaying the unmistakable qualities of a Patek Philippe sports watch.

Although some longtime fans of the brand were not convinced, that did not stop the Aquanaut from becoming an extremely sought after piece. It should therefore come as no surprise to learn that the timepiece has been seen on the wrist of many high-profile celebrities. Sir Paul McCartney wore one when he was featured on the cover of Rolling Stone magazine, while his former drummer Ringo Starr was also seen wearing an example of the watch in multiple public appearances. In addition, billionaire George Soros wore one when he was photographed for the cover of his biography.

Made for an Active and Luxurious Lifestyle

Extremely charismatic, Patek Philippe Aquanaut watches are known for their bold design and robust aesthetics. This incredible collection of timepieces caused a huge stir on release and have created a strong legacy that still exists today. The watches are exceptionally practical, with a water resistance of up to 12 bars – something that is actually quite a rare occurrence for the Genevan manufacturer. They also have high-precision in-house calibres, and can come with a rubber strap that is resistant to water, abrasion, and UV radiation.

All of this robust character is complemented perfectly by standout design choices that give the wristwatches a timeless elegance. The gently-rounded octagonal bezel manages to create a constantly changing play of light thanks to their polished and satin-finished surfaces. The view through the sapphire crystal caseback is equally as mesmerising, as it allows you to see the intricate mechanics in all their glory. If you are looking for something that is the perfect accompaniment to an adventurous yet sophisticated lifestyle, Patek Philippe Aquanaut watches are definitely for you.