Viewed by many as the perfect wristwatch, Patek Philippe Calatrava watches are the purest of the brand’s designs. Classic and elegant, this exquisite collection is timeless and minimalist, and has grown to be one of the manufacturer’s flagship creations. Some of the most coveted watches on the market, they make for a fantastic investment opportunity. 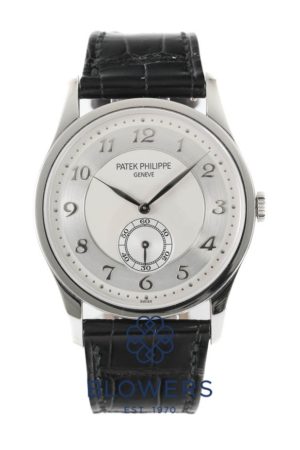 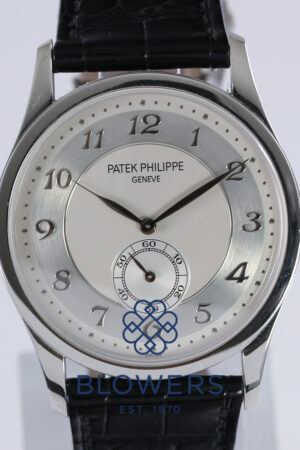 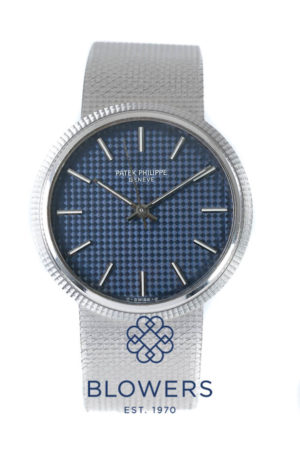 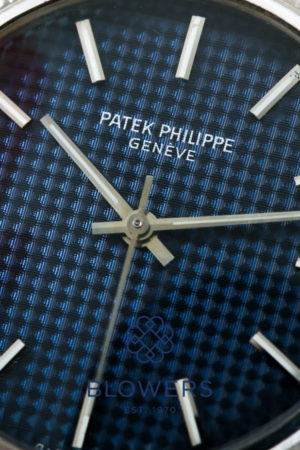 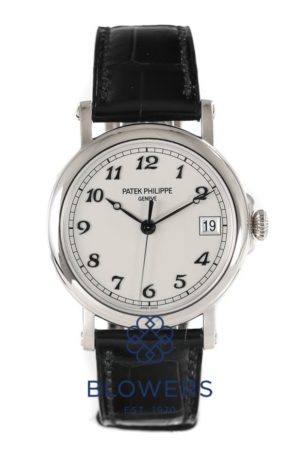 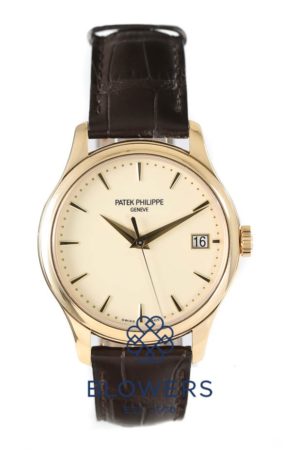 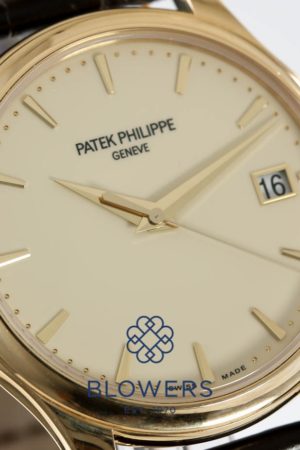 Patek Philippe Calatrava watches were first introduced in 1932, a time where pocket watches were still in very high demand. The original Reference 96 was 31mm in diameter, and featured a clean ivory dial that had applied gold markers and a tiny subsidiary seconds dial at 6 o’clock. It also boasted integrated lugs on the three-part case that were tapered in such a way that made them extremely comfortable to wear. At this point in time, Patek Philippe did not make its own movements, something that was rectified two years later when the brand introduced its in-house calibre 12”’120.

The original Calatrava Reference 96 remained in production for more than 40 years, with a range of notable variations. One of these, the Reference 570, became the blueprint for future editions in the collection following its release in 1938. These include a three-hands model that has a central seconds hand instead of a seconds subdial, a sector-dial version, and a two-handed iteration that boasts Breguet-applied numbers – something that is extremely sought-after on the secondary market.

In 1953, the watchmaker unveiled the first automatic watch in the Calatrava series, the Reference 2526. Featuring a 36mm case, a round bezel, and enamel dials, this variant is very much in demand with collectors – given the fact that only 600 models were ever made. Some 20 years later, Patek Philippe released what watch enthusiasts deem to be the signature Calatrava, the Reference 3520. It boasts a stunning bezel with Clous de Paris guilloche (or hobnail as it is more commonly known), combined with straight and polished lugs. Another extremely popular member of the Calatrava family was released in 1989, the Officer’s Style. This beloved timepiece had straight lugs and a hinged dust cover to protect the transparent case back.

The year 2004 saw the release of what is considered to be the true successor to the Reference 96, the 5196. This timepiece is the perfect example of elegant simplicity, with its more modern 37mm case and coin-edge bezel. Four versions of this were released, being white gold, platinum, rose gold and yellow gold. Two years later, Patek Philippe unveiled the Reference 5296, which is described as the quintessential remake of the original Reference 96. While relatively similar in design, this brand new iteration also featured a date window at 3 o’clock.

Patek Philippe then released updated versions of the 3520 in 2013 – the References 5116 and 5119. These watches were powered by the calibre 215 PS movement and were available in 36mm cases. In 2015, the brand unveiled probably the most contentious member of the family in the Calatrava Pilot Travel Time. For many, it is difficult to classify this timepiece as a Calatrava at all. This is because it is made from 18 karat white gold, instead of the traditional steel. It also features a second time zone indicator, day/night indicators, and two lockable pushers on the left-hand side of the case.

Some two years later, the brand unveiled one of the most unorthodox members of the collection, the Reference 6006G. It fractured a distinctive dial layout with an inner chapter ring for the hours and minutes, and an outer chapter ring for the date. Also released in 2017, the Calatrava “Squelette” puts the complex mechanisms in full view. Definitely not one for the subtle, this masterpiece is a true work of art.

Following the principle of “form follows function”, Patek Philippe Calatrava watches were launched at a time when pocket watches were still dominant and wristwatches were just coming into the limelight. Its creator, David Penney, was passionate about the Bauhaus style of industrial and interior design. This movement hailed from Germany and brought together technology, aesthetics, and premier craftsmanship. Penney therefore felt that a simple, understated watch would be both elegant and timeless.

The collection was named in reference to the symbol of the 12th century Calatrava Knights of Spain and Portugal, who protected a castle of the same name in Castile. In addition, the Cross of Calatrava is also a part of the coat of arms of Jean-Adrien Philippe’s home village. The brand actually registered the Cross of Calatrava as their company logo in 1887, but had never used the name or symbol until this particular collection of watches came about.

If you are looking for one of the most famous dress watches in existence, the Calatrava collection is the ideal choice. The epitome of understated elegance, these iconic timepieces are considered by many to be the blueprint for the ultimate dress watch. There were no unnecessary flourishes or superfluous details, a concept that has remained virtually unchanged since its introduction.

What really set Patek Philippe Calatrave watches apart from the competition was its minimalist and modern dial design. Eschewing the more elaborate designs of the Art Deco period that came before it, the focus was very much on telling the time and nothing more. If the layout seems familiar, this is only because it has since been replicated hundreds of times – both by Patek Philippe themselves and by others seeking to emulate their timeless style. While the Calatrava collection may be thought of as the quintessential classic wristwatch today, it was considered to be way ahead of its time upon release. This, plus the prestige that Patek Philippe already commands, affords this wristwatch legendary status and makes it the dream of many watch collectors and enthusiasts.