A homage to classic elegance, Rolex Cellini watches suit any wrist and pays tribute to the classicism of watchmaking. The collection proves that the Swiss watchmaker can really do it all. From the workhorse Submariner lines to the sporty Daytona line, the inclusion of the Cellini collection ensures that Rolex has all bases covered. 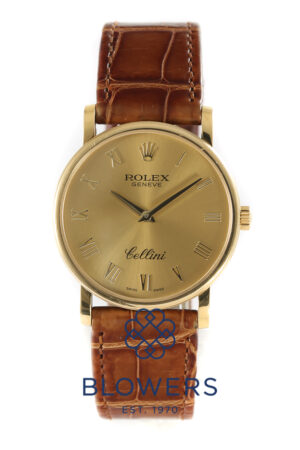 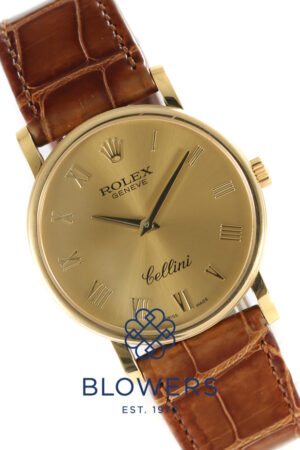 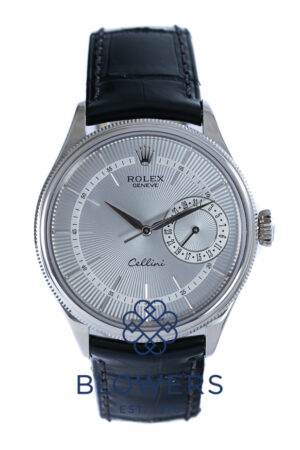 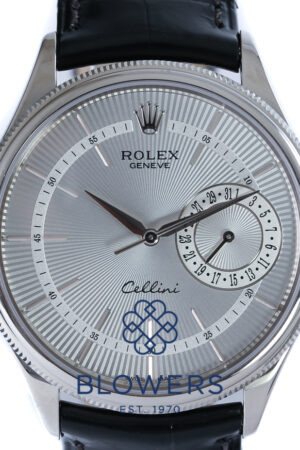 The History of Rolex Cellini Watches

Rolex Cellini watches take their name from the world-renowned Italian sculptor and goldsmith, Benvenuto Cellini. The timepieces were designed as a homage to the artist’s impeccable craftsmanship which usually included the use of elegant lines. While producing a range of luxury-orientated dress watches may seem like an unlikely move for a brand more associated with flashier sports watches or robust professional timepieces, the secret of the Cellini’s success came down to the company’s director of marketing at the time, Rene-Paul Jeanneret. He spearheaded the premise of owning several Rolex watches for different uses and occasions – the “tool watch” concept. This mantra became a staple part of Rolex’s marketing language in the 1960s – allowing collections such as the Submariner, GMT-Master and Cellini to flourish.

Although Rolex Cellini watches had first been introduced in 1928 with the Cellini Prince, it was in the 1960s that the collection really came to the fore. Instead of focusing on purpose-built designs, the timepieces placed a large emphasis on refinement and the use of gemstones and gold. Examples of this include the Reference 4651 from 1963 (more commonly known as the King Midas), which is best known as being owned by one Elvis Presley.

After experimenting with bold and angular lines in the 1970s, Rolex Cellini watches slowly began to take on a much more conventional aesthetic. Timepieces such as the Cellini Danaos were seen as a more modern take on a distinctly vintage design. Then, in the new millennium, things started to shift again. The brand re-released the unorthodox Prince, something that really stood out from the brand’s lineup of Oyster watches. Unfortunately each timepiece is extremely well-made, all of this change left Rolex Cellini watches with a confusing multitude of different designs – meaning it lagged behind the watchmaker’s more well-defined collections and was ultimately discontinued.

This remained the case until 2014, when Rolex Cellini watches came back in a big way. Gone was the mishmash of different styles and in its place was a clearly-defined aesthetic. While it is still totally different to the rest of the watchmaker’s portfolio, the collection now has a real identity – it is the dress watch by Rolex, for Rolex lovers. The collection initially comprised of three versions:

The modern collection was then bolstered further in 2017, with the introduction of the Cellini Moonphase. This was the first Rolex watch to feature a moonphase complication since the 1950s.

The Rolex brand has a long and illustrious association with some of the world’s most famous and influential people, and Rolex Cellini watches are no exception. Despite being a relatively unknown entity, unless you are an avid collector of course, the collection has been a favourite of some noteworthy individuals.

Pairing with its reputation for class and elegance, Rolex Cellini watches are perhaps most associated with celebrities in the world of opera, music and art. For example, Gustavo Dudamel, the music director of the LA Philharmonic is brand spokesperson and Cellini owner.

On a wider scale, perhaps the most influential owner of a Cellini watch is former President of the United States, Barack Obama. This is perhaps one of the largest endorsements of quality a brand can receive.

Despite flying under the radar of many when compared to the brand’s other collections, Rolex Cellini watches really set themselves apart from their more well-known contemporaries. Rather than just being a name given to a single collection, the Cellini name transcends this to become the catch-all term for the watchmaker’s ultra luxurious dress watches.

The timepieces have long-since been admired by those who appreciate subtlety and classicism. Rolex Cellini watches were created for those who choose “the path less trodden” and follow the “less is more” mantra. Now, with its latest iteration, the collection is starting to gain a more widespread reputation as a decidedly elegant series of modern dress watches – something that could make its investment value move higher over the coming years.