Among all the illustrious watches that Rolex has created over its long and remarkable history, perhaps no other timepiece is more revered by enthusiasts and collectors than the Rolex Daytona collection. Described as the “watch born to race”, the timepiece came from humble beginnings to become one of the world’s most iconic collections. Officially known as the Cosmsograph, Rolex’s motor racing inspired offering has truly cemented its position as a firm favourite. 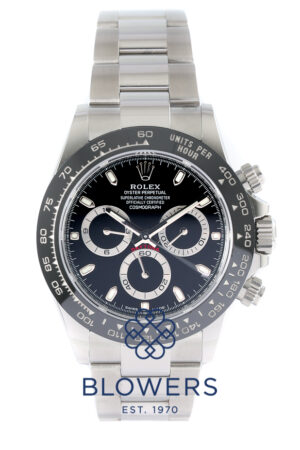 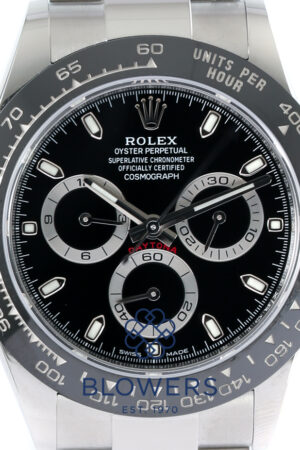 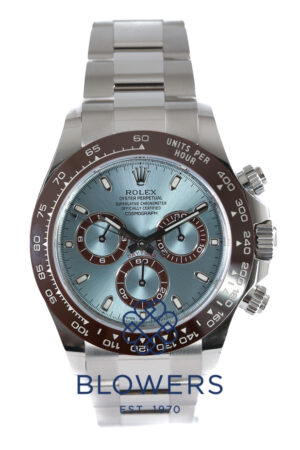 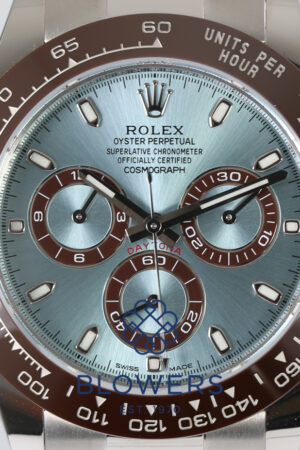 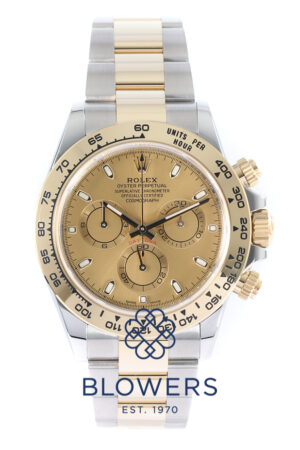 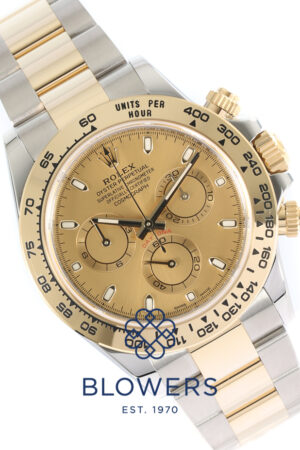 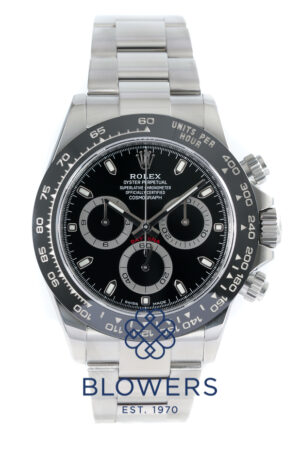 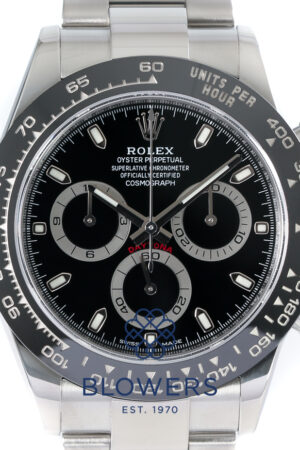 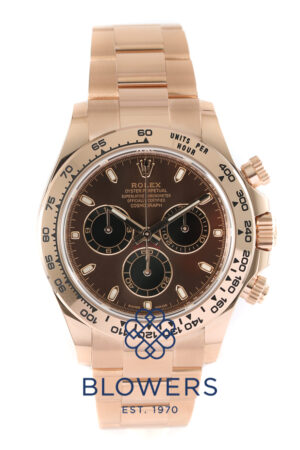 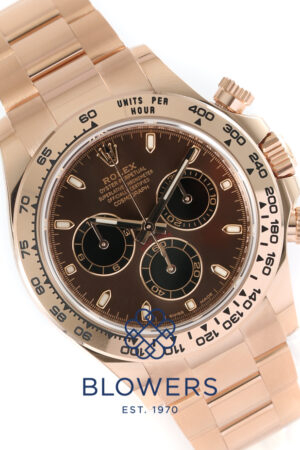 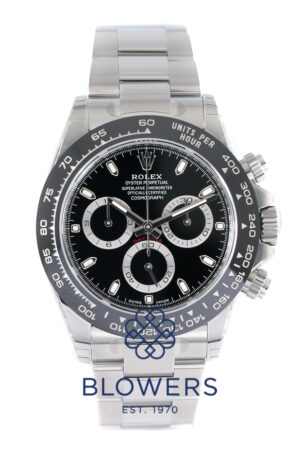 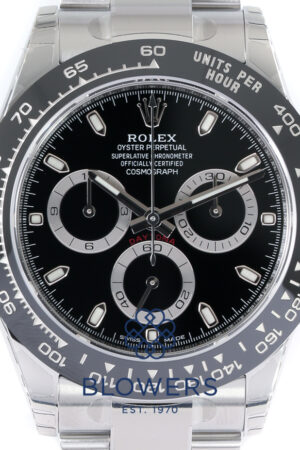 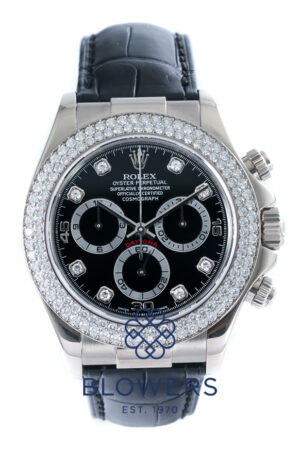 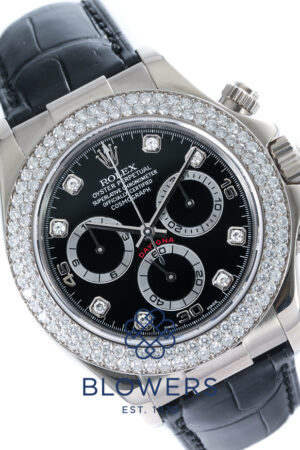 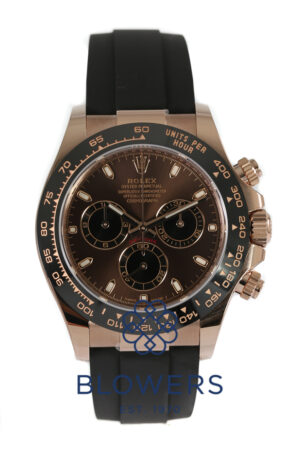 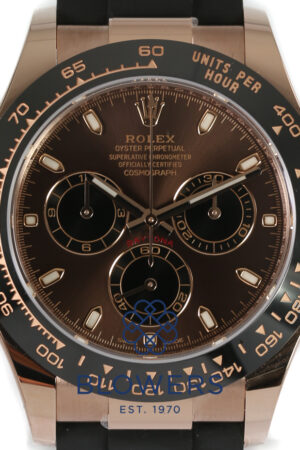 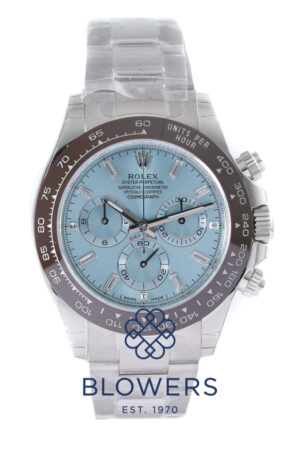 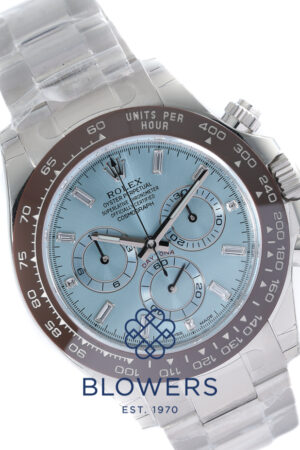 The History of Rolex Daytona Watches

Despite the Daytona being one of the many jewels in the Swiss watchmaker’s crown, Rolex actually did not really produce much in the way of chronographs in the first half of the 20th century. Instead, the brand preferred to leave the chronograph to its competitors and concentrate on producing three-hand models. The company did produce some chronographs, but equipped them with third-party calibres that were housed in conventional casings. The first Oyster cased chronograph was launched during World War II, but was anything but a commercial success.

Rolex tried again in 1955 by launching the Reference 6234, which was simply known as “Chronograph”. Around 500 of these watches were created each year until 1961 when it was discontinued. Unfortunately, this reference was not particularly successful either – with many copies of the timepiece being left on the shelves of stockists. This was due to the fact that other manufacturers had long-since established themselves as chronograph specialists. These so-called “pre-Daytonas” are now extremely rare and desirable amongst collectors.

While the Reference 6234 was not a commercial success, it was highly popular with race car drivers and crews alike, thanks to its ability to accurately measure lap time as well as the durability of its casing. The Swiss watchmaker’s strong reputation within the racing world actually dates back to the 1930s, at which point the Daytona 500 was still being run on the beach. One of the most prolific racers of this time was Sir Malcolm Campbell, who wore an Oyster Rolex both on and off the track. He actually sent a letter to Rolex in 1961, thanking them for their watches’ durability and subsequently became an ambassador for the brand. In that same decade, Campbell would hold the land speed record several times and became the first person to reach 300mph in 1935.

After decades of underground success, Rolex finally decided to properly dive into the racing market, becoming the official timekeeper of the Daytona 500 race in 1962. The following year, the brand released the Reference 6239, which featured a more sports-orientated styling, contrasting dial and subdial colours, plus a fully engraved tachymeter on the bezel – something that no other watch manufacturer had done before. To set it even further apart from the competition, Rolex decided to name this new watch the Cosmograph. Sales slowly started to increase within the racing industry, causing Rolex to officially nickname the watch the “Daytona” in 1964. A year after that, the timepiece was upgraded further to feature screw-down pushers and the brand’s twinlock gaskets – designed to increase the watch’s resistance to water. By 1968, sales had been steady but were hardly groundbreaking – though this would soon change thanks to something we will delve into later.

Fast forward to the mid 1980s and self-winding movements were becoming more and more desirable. Because Rolex Daytona watches were still using manual-winding movements, the popularity of the watches were starting to fade. In response, the watchmaker switched to the self-winding Zenith perpetual El Primero movement when it released the Reference 16520. This model also featured a sapphire crystal and a 40mm case. Then, in 1992, the very first gold Daytona was launched – followed by a white gold version in 1997.

For the 50th anniversary of the first Daytona Cosmograph, Rolex released a platinum version. This new iteration had a brown bezel constructed of a super-hard ceramic material that was developed in-house, known as Cerachrom. This became a mainstay on all Daytona models from 2016.

The popularity of Rolex Daytona watches skyrocketed thanks to a gift from one movie star to another. In 1968, Paul Newman and his wife Joanne Woodward took starring roles in the film “Winning”, with Newman playing professional driver Frank Capua. For the role, Newman wore a Rolex Daytona and ended up loving it so much that Woodward gifted one to him. It was an exotic variation, containing a cream dial and black subdials, with the words “Drive Carefully Me” engraved into it.

When it was released in 1969, “Winning” became one of the largest-grossing films of the year. The Daytona watch took centre stage, as it was featured in all of the film’s promotional material and all throughout the movie itself. The huge level of mainstream exposure that was generated sparked a surge in sales – especially in Italy which already has a huge love of racing.

By the mid 1980s, the cream and black Daytona became known as the Paul Newman watch, a moniker that still lives to this day.

From Humble Beginnings to Legendary Status

The story of Rolex Daytona watches can almost be compared to a rags to riches fairytale. What started out as a timepiece shunned by the masses grew to be a cultural icon thanks to a chance purchase between movie stars and a growing fanbase in the driving community.

From its humble beginnings as nothing more than a tool for a few professional drivers to a defining symbol of style and elegance, the Rolex Daytona Cosmograph is a true story of success.