Sleek, simple and undeniably stylish, Rolex Explorer watches thoroughly impress with their robustness and functionality. The models are the pure embodiment of the relationship between Rolex and exploration and were forged from research gathered by one of mankind’s greatest record-breaking achievements. 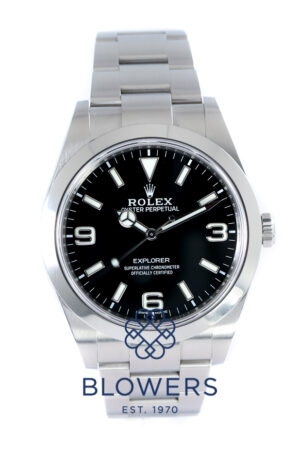 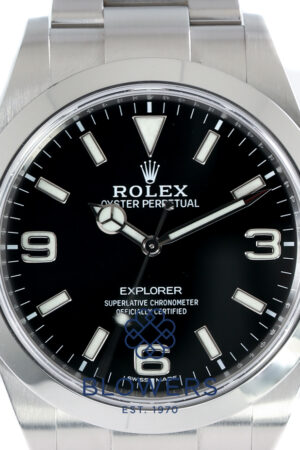 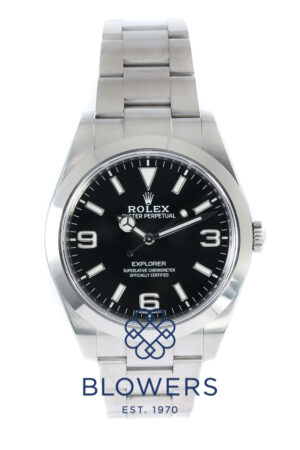 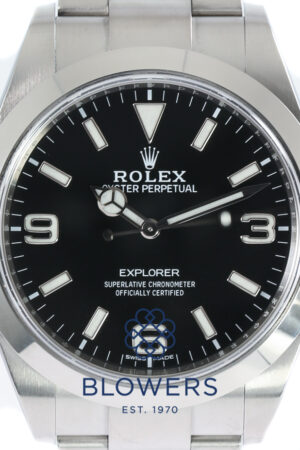 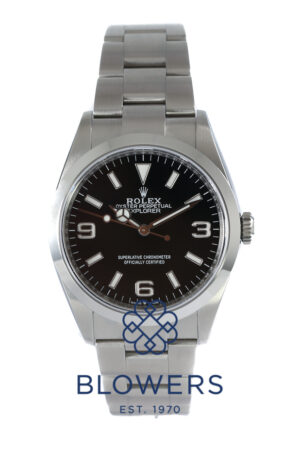 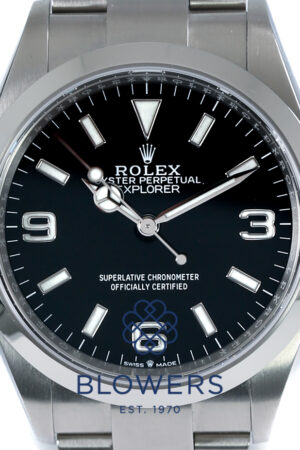 The History of Rolex Explorer Watches

Following the successful expedition to the summit of Mount Everest in 1953 (which we will cover in more detail later), Rolex sought to capitalise, and profit, from this amazing feat. The Reference 6298 was launched soon after the journey was completed, and primarily featured a creamy coloured dial. Not long after this, Rolex rolled out the black 3-6-9 dial with the References 6150 and 6350. The only difference between the two was the fact the 6350 was rated as a chronometer. The Reference 6350 was also the first model that included the word “Explorer” on the dial, making it the first ‘real’ Explorer. Indeed, everything referenced before this is often dubbed “pre-Explorer”.

Up until 1959, Rolex Explorer watches did not stray too much away from the traditional Oyster Perpetual design. This changed with the introduction of the Reference 6610, which bore all of the hallmarks you would associate with the Explorer brand – including a steel Oyster case, black dial, 3-6-9 numerals and a Mercedes hour hand. An especially rare version of this timepiece is the ‘red depth indication’ model, which is water resistant up to 50m. There is also a variant with the water rating painted in white.

The most well-known of all Rolex Explorer watches is the Reference 1016, which was in production from 1963 to 1989. The timepiece featured a brand new movement, the calibre 1560, which was the signature movement for Rolex sports watches in the 1960s. This movement was improved upon in the early 1970s with the introduction of the calibre 1570, which also featured a hacking seconds hand. The Reference 1016 also spawned several collectors’ favourites, including the “Space Dweller”, which was only released in Japan. An Explorer watch in every other way, the model is stamped with the words “Space Dweller” where the moniker “Explorer” would usually be.

Following the withdrawal of the Reference 1016, Rolex modernised the classic Explorer timepiece with the release of the Reference 14270. This new iteration boasted a glossy dial and white gold surrounds on the applied indices, while it also came with a calibre 3000 movement. The case was bigger and beefier, making it look thoroughly modern. While the Reference 14270 may not be as sought-after as its more famous brethren, the standout model of this range is the Explorer Blackout – which was produced for a short time in the early 1990s. This version had black Arabic numerals instead of white.

The newest member of the Explorer family was launched in 2010, the Reference 214270. Featuring a 39mm Oyster case, this version received mixed reviews – with many people feeling the hands were now too short when compared to the bigger casing. This was corrected with an updated version known as the Mk2. Both versions of the Reference 214270 housed the in-house calibre 3132, which runs to +/- 2 seconds per day and is COSC certified.

Most people will recognise Rolex Explorer watches as the timepiece worn by the great explorer Sir Edmund Hillary when he made it to the summit of Mount Everest in 1953, making him the very first climber to do so. The only problem is, Sir Edmund was not actually wearing his Rolex watch at the time, and it was not even an Explorer since it did not even exist yet. Instead, the watch that accompanied the feted explorer on his record-breaking quest was a modified Oyster Perpetual.

Although it is true that Rolex was a sponsor of the expedition, and it gave each member of the party a timepiece to wear for its duration, they were not the only watches on the mountain. When Hillary made it to the summit of the world’s tallest mountain on the 29th of May 1953, he had actually left his Oyster Perpetual at basecamp and wore his personal Smiths De Luxe instead. That is not to say that a Rolex watch did not make it to Everest’s summit, as Hillary’s climbing partner Tenzing Norgay wore his.

Regardless of who was wearing it, this monumental achievement was not going to be missed by one of the world’s most savviest marketing teams. Just a year later, the very first Rolex Explorer was released, and a legend was born.

For many people, Rolex Explorer watches represent the holy grail of timepieces. They are the perfect combination of rugged and elegant and are sometimes characterised as ‘the Rolex for people who don’t like Rolex’ – a clear nod to the timepiece’s almost universal appeal.

The Rolex Explorer is an extremely distinct model that has a fascinating backstory and evolution. The Reference 14270 in particular holds a special place in history as being the very first modern Rolex sports watch, ushering in a whole new era of watchmaking and design.