Originally designed to meet the needs of international pilots and business travellers, Rolex GMT-Master II watches combine peerless functionality, beautiful aesthetics and robustness to attract a wide range of admirers. Whether accompanying business attire, or worn during leisure time, these exquisite timepieces are always a winner. 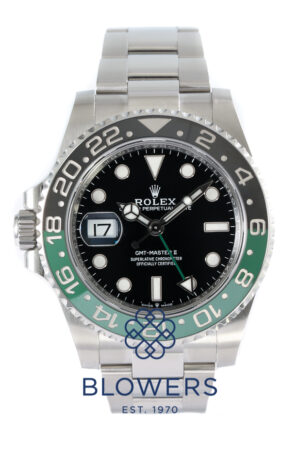 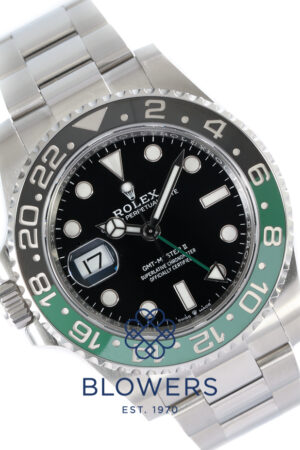 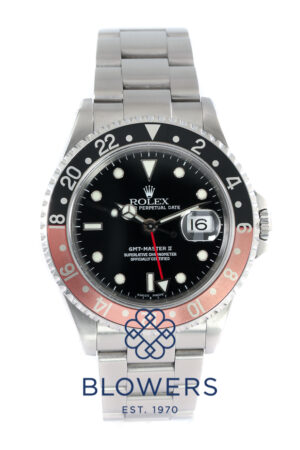 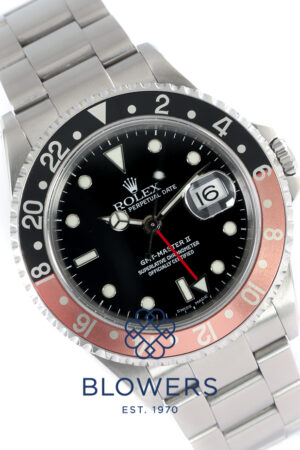 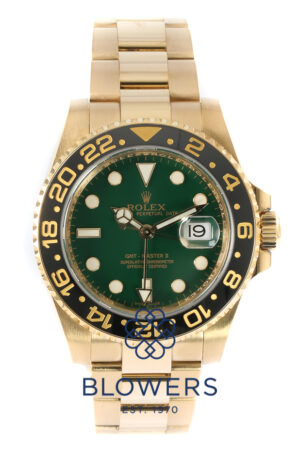 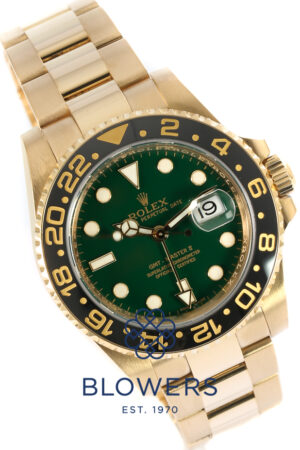 During the 1950s, aeroplanes began crossing several time zones within an increasingly shorter period of time. Because of this, it became essential that pilots were able to easily keep an eye on concurrent timezones. And so, the Rolex GMT-Master was born. The collection grew to be a huge success, gaining plaudits from pilots and business travellers, while also being worn by Che Guevara, Pablo Picasso and Bond Girl Pussy Galore, whose name stands for Reference 6542 timepiece.

Looking to capitalise further on this success, the Swiss watchmaker unveiled the Rolex GMT-Master II watches in 1983 – and with it came plenty of firsts for the pilot watch collection. The Reference 16760 was the maiden timepiece to give the user a way to check three different time zones at once. Dubbed the “Fat Lady” it also debuted the now-iconic red and black “Coke” bezel. Unlike later references, this version was only available in one variation. After just five years, Rolex stopped production of the Reference 16760 to make way for the next iteration.

The second model in the series, the Reference 16710, was released in 1989 and offered a wide collection of different metal and bezel variations. Bezel colours for the steel version of the watch included the iconic red and blue “Pepsi” model, the aforementioned “Coke” design, along with a monochromatic black design. Meanwhile, the two-tone GMT-Master II Reference 16713 came with either a brown bezel (dubbed the Root Beer), as well as a black version, while the yellow gold GMT-Master II Reference 16718 sported a black bezel.

Commemorating the original GMT-Master’s 50th anniversary, the Swiss watchmaker released the Reference 116718 in 2005. This was the first Rolex timepiece to include the Cerachrom ceramic bezel, while also including refreshing the case shape and adding the Triplelock winding crown. This family of Rolex GMT-Master II watches offers the most variations, such as the Reference 116710 that had a choice of blue and black (BLNR) bezel or simply black bezel (LN). The yellow gold Reference 116718 had the option of a black or green (anniversary) dial, while the two-tone Reference 116713 had a black dial and bezel, and the white gold Reference 116719 had the “Pepsi” bezel. There was also a special gem-set series with sapphire, ruby or diamond embellishments.

The latest iterations of Rolex GMT-Master II watches were released in 2018. This trio of timepieces includes the Reference 126710, which is the first stainless steel GMT to come with the “Pepsi” bezel. Alongside this, the watchmaker unveiled the first Everose gold version, a two-tone steel and rose gold model and a full rose gold version. All of these new iterations boast the new Calibre 3285, which has an increased power reserve of 72 hours compared to the previous 48 hours.

The Difference is in the Detail

At first glance, you may be forgiven for wondering what the difference is between Rolex GMT-Master II watches and their predecessors. While they may look extremely similar on the outside, the movements inside the casings make a huge difference. While the original GMT-Master can indicate two time zones, GMT-Master II models are able to show three. This is because the main local hour hand and the extra 24-hour hand are set independently from each other. Other characteristics of Rolex GMT-Master II watches include the sapphire crystal and the black and red bezel.

To explain how the three timezone mechanism works, let us imagine that we are in London and the centre Mercedes-style hands indicate that it is 7:20 in the evening. If we wanted to check the time in New York, we could set the arrow-tipped GMT hand to point at the number 14 on the bezel to indicate that it is 2:20 in the afternoon in the Big Apple. Should we also be curious as to what the time was in Los Angeles, we could click the bezel so that the GMT hand is pointing to 11, indicating that it is 11:20 in the morning in the City of Angels.

The distinctive and bold design of Rolex GMT-Master II watches, as well as their predecessors, are absolute classics and will never go out of date. Indeed, the GMT-Master II may well be the world’s most famous timepiece with a second time zone. Never before has a collection spawned so many iconic designs, from the classic Pepsi, to the Batman and Rolex Root Beer.

There are Rolex GMT-Master II watches to suit every style and budget, ranging from two-tone Rolesor editions and classic stainless steel models, to solid rose or white gold. The bezels also come in a wide selection of striking colours and have been made with Rolex’s high-tech ceramic since 2007. First born out of necessity, these timepieces can be worn for absolutely any occasion – making them a must-have addition to anyone’s collection.