Rolex Milgauss watches are another classic example of the Swiss manufacturer using technological advancements to solve real problems. These unique timepieces were specifically developed to counter the harmful effects of magnetism, becoming the first watch of its kind in existence. Despite being created as a way to help scientists, these watches can also be worn for any occasion – making them truly universal. 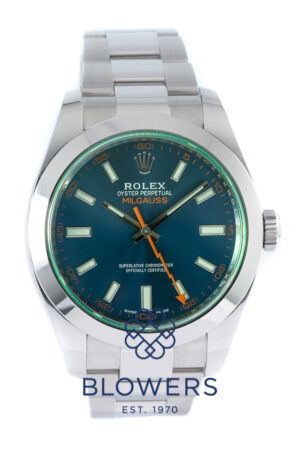 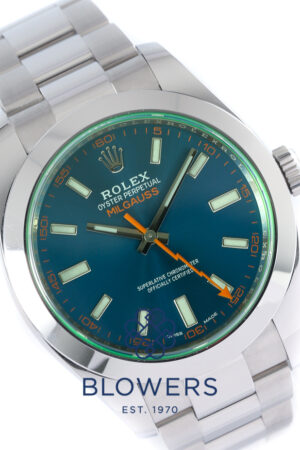 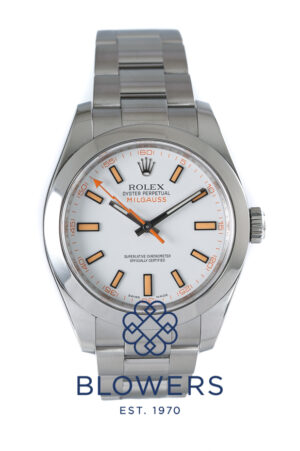 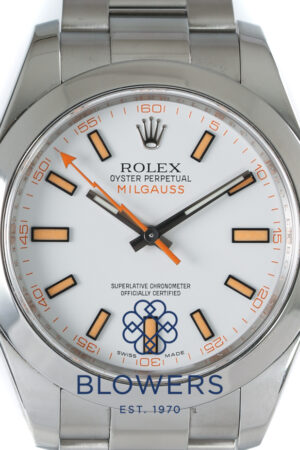 The History of Rolex Milgauss Watches

There is some controversy about when Rolex Milgauss watches first arrived, with the earliest versions being traced back to 1954. This is despite the watchmaker itself claiming the models were born two years later. Whatever the case, some people believe that the earlier versions, designated the Reference 6543, were just prototypes. These watches had a 37.5mm case, a bidirectional bezel and black honeycomb dial. The addition of a soft iron case, designed to counter the effects of magnetism, essentially did for magnetic fields what the Oyster case accomplished against water and dust.

The first “official” Milgauss arrived in 1956, with the introduction of the Reference 6541. The case and internals remained largely the same as the supposed prototypes, but the major difference was the introduction of lightning bolt-shaped seconds hands. Unfortunately, these models did not prove to be successful, as they were discontinued in 1960.

In its place, Rolex released the Reference 1019. This new model had substantial design changes, such as a smooth bezel, ‘stick shape’ hour and minute hands, and a more traditional style for the seconds hands. The timepiece was only offered in three dial options, while it also included the calibre 1580 – Rolex’s latest movement at the time. Reference 1019 timepieces remained a staple of the Swiss brand’s catalogue for nearly 30 years until it was retired in 1988.

At Baselworld 2007, the Swiss manufacturer unveiled a brand new series of Rolex Milgauss watches, the Reference 116400. Employing characteristics of all its predecessors, this “re-edition” boasted a 40mm Oystersteel case and a smooth, flat bezel. It had two dial options and saw the return of the classic lightning bolt-shaped seconds hands. Aside from the two dial options, the watches also featured a green-tinted sapphire crystal. Several years later, the watchmaker released a “Z-blue” dial option, which featured a beautiful sunray texture.

Solving the Effects of Magnetism

Magnetic fields pose a serious problem for the accuracy of timepieces, with the balance spring being particularly vulnerable to deviation. This is not just a problem for scientists either, since everyday items such as speakers and garage door closers contain strong magnets that could affect people’s watches. The same is true for electric motors, meaning trams and locomotives can also pose a risk.

To combat this, Rolex Milgauss watches contain an inner metal case that acts as a Faraday cage to protect the timepiece’s movements. The case consists of two parts that are screwed together once the movements have been placed within. Modern versions of the watch also contain a parachrom balance spring, which was introduced in 2005 after a long development period. This blue spiral is made out of a zirconium-niobium alloy with an oxidised layer, meaning it is not affected by magnetic fields.

Rolex Milgauss watches hold an extremely special position within the Oyster family, given the fact it was the very first timepiece to resist strong magnetic fields. Since it was introduced to the world, the protective shield on these models has been guarding Milgauss watches against magnetic fields of up to 1,000 gauss. This also explains the name given to these unique timepieces, since Milgauss is a combination of the French word for thousand (mille) and “gauss”, which is the unit of measurement for magnetism.

Despite primarily being designed to help scientists in their field of work, Rolex Milgauss watches are also water resistant to a depth of 100m thanks to their screw down case back and Twinlock crown. This not only makes them useful tools to protect against the harmful effects of magnetism, but also a universal timepiece that can be worn for other leisure activities such as swimming or playing sports. Meanwhile, its sporty-yet-sophisticated look means it can also be enjoyed at home or work.