The ideal combination of reliability, sophistication and elegance, Rolex Sea Dweller watches prove that aesthetics and robustness can co-exist. Built so that divers can conquer the deep seas, these iconic timepieces would also not look out of place on a tuxedo, making them ideal for practically any occasion. 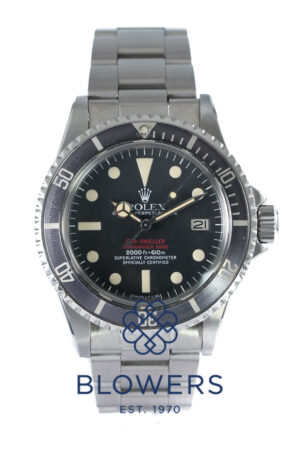 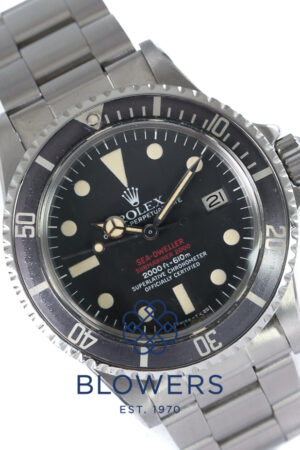 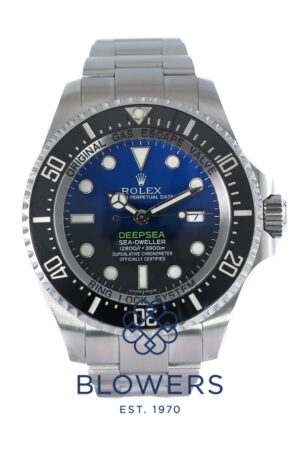 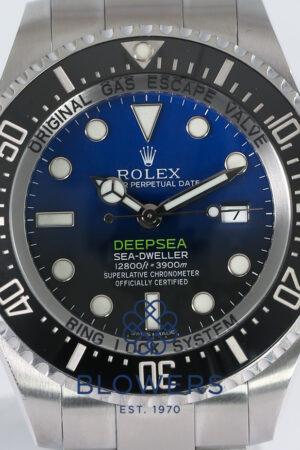 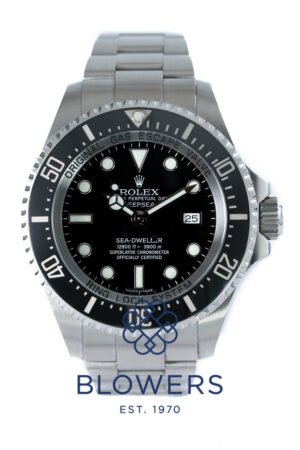 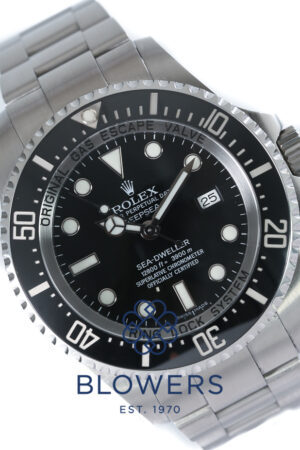 Before the first Rolex Sea Dweller watches were unveiled in 1967, the Swiss watchmaker produced a series of prototypes. These were marked by a single line of red text on the dial that bore the watch’s name. Most of the models boasted a helium escape valve, 500 metres of water resistance and a date at 3 o’clock. It is believed that only around a dozen are in existence. The first true Rolex Sea Dweller watches were introduced to the public as the Reference 1665. It was extremely similar to the original prototypes, apart from the fact that the dials of the Reference 1665 read “Sea – Dweller / Submariner 2000” – again in red text.

Rolex had spent so much effort and time in creating something so uniquely different that it did not make sense to continue ‘hiding’ the Sea Dweller under the Submariner marquee. As a result, the company released new versions of the timepiece in 1977 that dropped the “Submariner 2000” from the dial, and the red lettering. These iterations were the Reference 1665, also known as the “Great White”.

Quite soon after the Great White was launched, Rolex then introduced the Reference 16660, or the Sea Dweller Triple Six. This new version featured a sapphire crystal instead of acrylic and allowed the depth rating to increase to 1,220 metres. The Triple Six also housed Rolex’s newest calibre, the 3035. Aside from being more advanced, this movement contained the same convenient quick-set feature that was also present in the DateJust series of the time.

The Triple Six remained in production for around a decade, until it was replaced by the Reference 16600 in 1988. This updated version again housed a different movement, the calibre 3135, which allowed for a longer power reserve. Something else that set the Reference 16600 apart was the glossy black dial, which went from Tritium, to LumiNova, and finally to Super-LumiNova.

The year 2008 saw Rolex replace the Reference 16600 with the “bigger and badder” Reference 11666, also known as the Deepsea Sea Dweller. This new iteration had a larger, 44mm case and was water resistant until an impressive 3,900m. The Deepsea proved to be incredibly popular, so much so that it was used as a platform to promote James Cameron’s expedition to the Mariana Trench. This special edition was known as the Deepsea Sea Dweller D-Blue and featured a dial that had a blue-to-black gradient to symbolise the trip Cameron embarked on.

A traditionally-sized Sea Dweller would again be released in 2014, the Reference 116600. This latest version was more like the 16600 than the Deepsea, but still contained more modern features. The water resistance also received a bump to 4,000 metres. Unfortunately, the 116600 did not prove to be popular and was retired after just three years.

To replace the 116600, Rolex unveiled the new Sea Dweller 126600, which was an unexpected mix of both vintage and modern trends. Boasting a 43mm case, the new model housed the company’s new movement (the calibre 3235) and also included a cyclops over the date. If this was not enough, the watchmaker also released a two-tone Sea Dweller in 2019 – marking the very first time a member of the collection had not been crafted using a precious metal.

The Solution for Decompression

Rolex Sea Dweller watches are the professional progression of the Submariner family. Their development came due to the need for a solution for a unique problem divers were experiencing during decompression. The issue was that during the decompression stage, atoms of helium were passing through the watch crystal and collecting between the dial and crystal itself. The helium would eventually build in pressure until the crystal actually blew off.

The Swiss manufacturer was approached about the problem by T. Walker Lloyd, a Navy diver and ardent fan of the brand. This led to the invention of an essential feature that would later become the hallmark of the Sea Dweller – the helium escape valve. This guaranteed that any helium trapped inside the watch case could easily escape.

King of the Deep Sea

Reliable yet innovative, Rolex Sea Dweller watches do not succumb to any pressure. A loyal companion for deep sea researchers and divers alike, the timepieces allow for the successful exploration of the underwater world. These models are waterproof to a level of 1,200 metres. Not only is this important collection praised highly by researchers and divers, aficionados of elaborate watchmaking techniques are also attracted to and intrigued by the Sea Dweller.

Rolex Sea Dweller watches are a classic example of how the Swiss manufacturer takes the art of watchmaking to the next level, as it tries to solve burning issues faced by adventurers and professionals from all over the world. Rolex will consistently integrate technology in their timepieces to both push them, and the company as a whole, forward. Rugged yet classy, the watch is perfect for life in the deep sea, in the office, or in town – making it an ideal all-rounder for any occasion.