If a watch is to be judged solely on how recognisable it is, the Rolex Submariner would be a clear winner. A classic design that is unmistakably Rolex, the diving watch with the characteristic bezel has been a true icon of the watchmaking industry. Thanks to their consistent design, Rolex Submariner watches have been firmly established as a classic diving timepiece – thereby virtually guaranteeing value retention. The Submariner’s first-class quality and exceptional reputation makes the timepiece a tantalising prospect for both amateur and experienced watch enthusiasts alike. 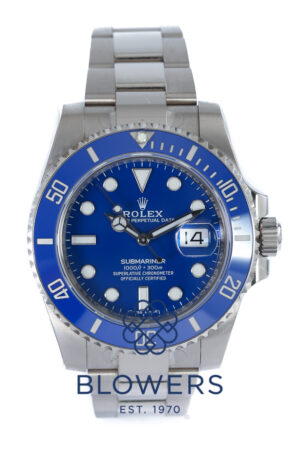 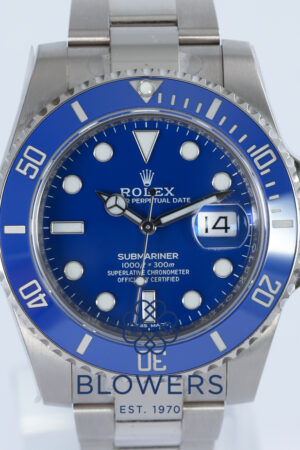 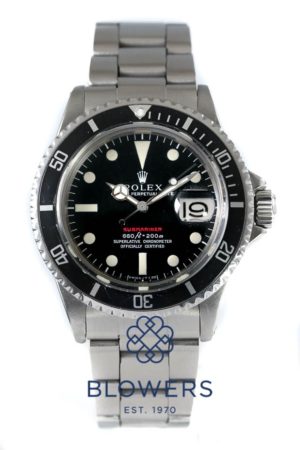 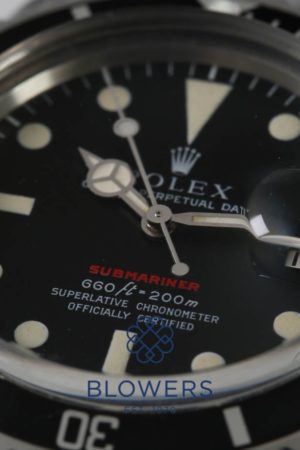 The History of Rolex Submariner Watches

Created during the post-war economic boom of the 1950s, Rolex Submariner watches marked the brand’s real expansion into the sports watch market. While the Explorer was released a few months earlier, that particular timepiece was more targeted towards adventurers and was nowhere near as robust in function or size. The Swiss watchmaker had already cemented itself as a pioneer of making resilient water-faring watches, having already launched the Rolex Oyster back in 1926.

As with many classic watches, the history of the Rolex Submariner begins by answering a practical question. Rene P. Jeanneret, a director of the company and a keen amateur diver, challenged the watchmaker to develop a functional diving watch that could also be worn as an elegant timepiece for everyday use. In 1953, Rolex was ready to answer this question. Divers Auguste Piccard and his son Jacques attempted the world diving record and took a specially-built Rolex Submariner along for the ride. The only thing is, the watch was actually attached to the outside of their bathyscaphe as it descended to a record depth of 3,131.8 meters (10,275 ft). After it resurfaced, the watch was still in full working order.

Two versions (reference numbers 6204 and 6205) of the Rolex Submariner were finally released to the public at the 1954 Basel Watch Fair. These were the first timepieces to be water resistant up to 100 meters (328 feet). The following year, a third model with the reference 6200 was unveiled. Often regarded as the ‘holy grail’ of Rolexes, this new iteration was water resistant up to 200 m (656 ft) and featured a bigger crown.

In the subsequent years after its release, Rolex went on to release several updates. The first major one of these was the introduction of the chronometer-certified Rolex calibre 1030 with the references 6538 and 6536 in 1955 – versions that proved to be much more efficient than previous models. When it comes to design, the first big overhaul came with the release of the Reference5512 in 1958 and the Reference5513 in 1962. Both these models featured a larger case, crown guards and the wording “Superlative Chronometer, Officially Certified” adorning the dial.

Another iconic feature of the Rolex Submariner was added in 1966, when the Reference 1680 featured the now-commonplace Cyclops lens to maximise the date. Then, in 1969, Rolex made the first gold version of the watch – which had only previously been available in silver. It took until the late 1970s before Rolex made a significant update to the Submariner collection, with the release of the Reference 16800 in 1979. This timepiece featured sapphire crystal with a water resistance of up to 300 metres (984 ft). The watchmaker then followed this up with further improved models, such as the Reference 16800, Reference 16618 and Reference 16613.

For the collection’s 50th anniversary in 2003, Rolex unveiled the Reference 16610, a new silver version of the timepiece with a green bezel. While some collectors expected this to be a special, limited edition model, the Swiss watchmakers surprised everyone by releasing the Reference 16610LV – a regular production model with no limited or numbered editions. This, in essence, added a brand new colour to the Submariner family.

Rolex capitalised on the success of the Kermit by introducing its successor, the Reference 116610LV, in 2010. Critically, this model strayed away from the typical colour schemes of its predecessors – instead featuring a green bezel in conjunction with a black dial. It is quite a bit larger than the standard Submariner and extremely robust, more than deserving of its Hulk nickname. Thanks to its strong aesthetic, ease of wearability and top shelf functionality, this illustrious timepiece is beloved by enthusiasts and collectors alike.

On the 1st of September 2020, Rolex released an entirely new collection of Submariner watches. Included in this set was the Reference 126610LV, a new green-coloured timepiece which quickly became known as the Starbucks. It boasted a new 41mm casing with thinner lugs, wider bracelets and a new movement.

The Military Seal of Approval

Perhaps the most telling indication of how good Rolex Submariner watches can be comes from the fact that the British military were already interested in the timepieces just three years after they were first produced. In 1956, the Ministry of Defence (MoD) asked for a new standard-issue timepiece for the Royal Navy’s special force combatants. The watchmaker provided 50 examples of the Reference 6538, which were then subjected to strict and robust testing.

With the testing complete, the MoD returned with just a few minor adjustments. In response, Rolex adjusted the bezel’s diameter and altered the edging style to the serrated type we know today. The insert was also made from nickel silver instead of plated brass to make it less likely to crack under pressure.

With these small modifications, Rolex Submariner watches cemented their position as the world’s toughest diver’s watch. The collection’s solid partnership with the Royal Navy continued until 1967, when the military switched briefly to the Omega Seamaster, however they quickly came back in 1971 and adopted three more references – namely the Reference 5513, Reference5513/5517 and the Reference 5517. These four timepieces have since become known as the Rolex MilSubs, with some representing the holy grail in vintage Rolex collecting.

The strong association with the military was not just confined to real life either, with the collection also receiving the honour of being the very first “Bond Watch”. The Reference 6538 appeared on the wrist of Sean Connery in 1962’s ‘Dr No’ and is often referred to as the “Bond” or “Big Crown” Submariner.

Why Rolex Submariner Watches Stand the Test of Time

Rolex Submariner watches are nothing short of iconic. For almost 70 years, the collection has been a stalwart of the Swiss watchmaker’s repertoire. But what is the key to its unparalleled success?

The answer to this question lies in the fact that no matter what generation of Submariner a watch is from, it is always instantly recognised as a Submariner. While some watch collections can change dramatically throughout their lifespan. Over the decades, Rolex has only made minor tweaks to its Submariner watches in terms of design – instead choosing to focus on technical enhancements. This fact truly lives up to the statement that you cannot really improve on perfection.

This winning combination of a consistent design, coupled with innovations in technology, has made Rolex Submariner watches something that almost everyone will recognise and many people will aspire to own. What started life as an attempt at an elegant, everyday diving watch has morphed into an international icon in the eyes of watch enthusiasts. Whatever the occasion, the Rolex Submariner is an ideal choice to add that touch of sophistication.