Consistently ahead of the curve, Zenith watches are at the very pinnacle of quality and precision. The brand’s heritage is rooted in its desire to dream big, which is why its watches have been used by many pioneering figures throughout history. If you are looking for wristwatches that exude understated design and stylish elegance, Zenith watches are ideal for you. 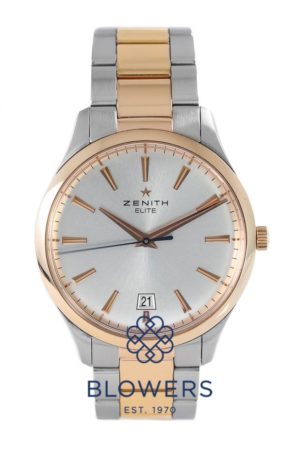 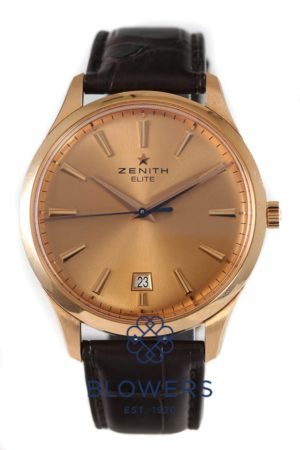 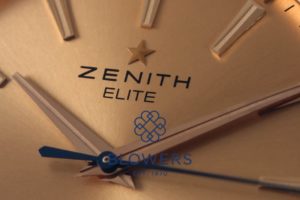 The History of Zenith Watches

The Zenith brand was founded in 1865 under the moniker “Georges Favre-Jacot & Cie” by 22-year-old Georges Favre-Jacot. At the time, watches were typically made by combining parts made in small workshops by independent artisans from all over the region, a process that was incredibly time consuming and ineffective. It also put a limit on the amount of timekeeping precision that could be achieved. By manufacturing all essential components and producing standardised parts, Favre-Jacot essentially created one of the very first industrial watchmaking operations. At first, the brand focused exclusively on the manufacturing of precision pocket watches. By the early 1900s, it also started branching out into several related products, such as table and pendulum clocks. Later on, it would evolve further into creating flight and marine chronometers.

In 1903, the brand won first place in a precision competition that was organised by the prestigious Neuchâtel observatory. From that year on, it regularly participated in the event and often came out on top. Some eight years later, the company would rebrand to the name we know today. The story goes that Favre-Jacot was looking for a name for his newly-developed movement and found inspiration from gazing at the night sky, which reminded him of the many interlocking parts of a watch movement. He therefore decided to name it (and the company) Zenith, a term denoting the highest point reached in the celestial sphere. Later that year, Favre-Jacot passed the reins on to his son-in-law James Favre, who had previously been attempting to make the brand more well-known internationally. The company slowly began to extend its influence to cities such as Moscow, Paris, Vienna, London, and New York.

Some four years later in 1915, Zenith started producing wristwatches and played a highly influential role in the industry with chronographs, alarms, and the introduction of seconds complication. Fast forward to 1969 and the brand was one of three competing companies in the race to create the first ever automatic chronograph movement. All three finished almost simultaneously, with Zenith naming theirs El Primero (which means The First in Esperanto). In the same year, Zenith started releasing wristwatches with the same name.

The year 1978 was extremely difficult for the company, as it had been ordered to stop production of mechanical components completely and destroy all associated machinery and materials. Thankfully, the head of its chronograph department, Charles Vermot, rebelled against this and secretly concealed all of the blueprints and as many tools as he could. His actions single-handedly ensured the El Primero could be used in future generations. At the end of the year, Zenith was acquired by Swiss company Dixi and worked with watch manufacturer Ebel to resume production of El Primero.

Once it was back on its feet, Zenith quickly re-found its dominant position in the luxury watch market. It started releasing wristwatches again in 1984. It produced new Pilot’s watches and the Elite series, and later joined several other top watch brands under the multinational luxury goods conglomerate LMVH (Moët Hennessy Louis Vuitton SE).

If you are looking for pre-owned Zenith watches, you can rely on Blowers Jewellers to assist. We are dedicated to helping our clients find their ideal timepiece or other item of luxury jewellery, and we are perfectly placed to do the same for you.

We stock a range of Zenith watches in a used and unused condition, with each individual timepiece coming with a warranty that lasts from twelve months to five years. All of our luxury wristwatches have been hand selected by our team of experts, ensuring they are of the highest quality. In addition, you can view our exquisite collection in person at our boutique in Kingston Upon Hull or by appointment at our office in London’s Mayfair.

Blowers Jewellers can even assist if you are looking to part with your timepiece. We offer a generous part exchange service, or will buy your watch outright if you would prefer. Whichever option you select, simply provide us with a few details and we will respond with what we believe is the best possible price within 48 hours.

At Blowers Jewellers, we believe that purchasing your perfect item of jewellery should be an extremely personal experience. This is why we will work with you to understand your specific tastes and requirements, so we can select what we think is the best option for you. It is this client-centric approach that sees customers return to us time and again.

To find out more about how Blowers Jewellers can assist you find your ideal wristwatch, contact a member of our team today or visit us in person. We will do everything we can to help.