Iconic collectors’ items, Tudor Prince Date watches hold an important and special place in the history of this famous watchmaker’s repertoire. Marking the time when Tudor finally decided to step out of Rolex’s shadow, these historic timepieces are a unique snapshot into the birth of a new and iconic brand that was to become just as desired and revered as its older brother. 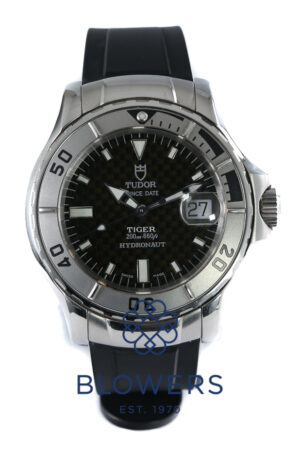 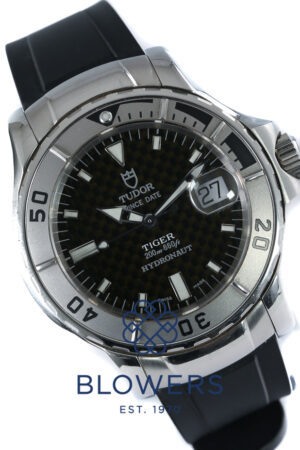 The year of 1969 was extremely exciting for the Tudor brand. Gone was the old rose logo and in its place stood the now-famous shield design that represented the company’s characteristics of reliability and solidity. This was also the year that the Swiss watchmaker unveiled its newest collection, the Tudor Prince Oysterdate.

Created as a way to harness the latest developments in watchmaking that had been brought about as a result of technological advancements, this standout collection was met with huge enthusiasm and quickly gained in popularity.  It also became an iconic symbol in Tudor’s history, being the very first range of timepieces to bear the aforementioned shield logo design, as well as the first Tudor to feature a self-winding rotor along with the waterproof Rolex case.

A year later, Tudor decided to add a chronograph version of the Prince Oysterdate to its repertoire. This timepiece featured a grey-black dial with splashes of bright orange, quickly earning the nickname of “Homeplate”. This was due to the fact the pentagonal indices coated in luminous material looked like the home plate of a baseball field. It features a stopwatch function with two pushers at 2 and 4 o’clock, a 45-minute counter at 3 o’clock and a small seconds dial at 9 o’clock. Meanwhile, the date is located at 6 o’clock.

In 1971, Tudor released an updated version of the Homeplate. While the majority of the watch remained untouched, the Swiss manufacturer opted for a new dial design that resembled a roulette wheel – earning it the nickname “Montecarlo”. It was also far more accurate than its predecessor, thanks to its hand-wound Valjoux calibre 234 movement. The Montecarlo was available in five different designs, and came in two colour schemes – a black bezel with grey-black dial, or a blue bezel with grey-blue dial.

The next stage in development came in 1976, when Tudor equipped a chronograph with an automatic movement. Since the new Valjoux 775 was 1.5mm thicker than its predecessor, the casing on the latest Prince Oysterdate had to be larger as well – giving it the nickname “Big Block”. The new movement also brought some changes to the dial, with a 30-minute counter at 12 o’clock, a small seconds subdial at 9 o’clock and a 12-hour counter at 6 o’clock. In addition, the date was displayed under a cyclops lens at 3 o’clock, with the “Prince Oysterdate” inscription being replaced by “Automatic-Chrono Time.”

A final version of the Prince Oysterdate was released in 1995 and sported a much softer look, thanks to its rounded edges. Its dial shimmered in silver with black or cream-coloured subdials (amongst other designs) and the plexiglass was replaced by sapphire glass. The use of Rolex bands, crowns and cases also began to vanish.

Two years later, the Prince Oysterdate was reborn as the Prince Date. This collection mostly consists of chronographs and offers the choice of Arabic numerals or indices for the hour markers. The dials come in a range of colours, with the dials and subdials either matching or contrasting depending on the model. Tudor also offers the Prince Date Day for those who want to see the day of the week displayed alongside the date. Some of these classic models strongly resemble the Rolex Day-Date, with their date display window at the 12 o’clock position.

Other examples of Tudor Prince Date watches feature a panda dial, named after its resemblance to a panda’s head. One of the most famous timepieces with panda dials is the Rolex Daytona Paul Newman. A typical panda dial has a white dial that contrasts with black subdials, while an inverse option with black dial and white subdial is also available.

Continuing Tudor’s reputation of partnering with people who are considered to be elite in their field, the Prince Date also collaborated with golfing sensation Tiger Woods to create the Tudor Tiger Prince Date. These iconic timepieces feature the inscription “TIGER” beneath the subdial at 12 o’clock and come in numerous designs with different coloured dials.

A Milestone in Tudor’s History

Tudor Prince Date watches mark an extremely important milestone in the history of the brand. This was when the Swiss manufacturer finally began to step out of Rolex’s shadow and began to develop its own unique style. From its inception, Tudor strove to develop timepieces that looked very much like a Rolex, but used mechanisms from third-party sources. It was a very clear, and clever, attempt to piggyback off the success of its much-older and well known sibling, to create a solid foundation for the fledgling Tudor brand to build upon.

As time wore on, Tudor began to make subtle yet meaningful changes to set them and their watches apart from Rolex. An example of this is with the Prince Date’s five-piece linked bracelet that replaced the old three-link version. This progressed even further in 1997, when the company began offering leather bands and fold-over clasps as well.

If you are looking for a wristwatch that truly celebrates when Tudor finally stepped out on its own, the Prince Oysterdate and Prince Date models are excellent choices.

From Economic Model to Collectors’ Item

Tudor Prince Date watches (under their original moniker of Prince Oysterdate) were initially introduced as an affordable alternative to the ever-popular Rolex Daytona and Rolex DateJust. Since then, the collection has developed its own unique personality that completely separates itself from Tudor’s older sibling, with some original models even becoming extremely sought-after collectors’ items.

In the beginning, the relationship to Rolex was unmistakable. This is especially considering the fact that the crown, case back and clasp on the band all bore the parent company’s logo – the only difference being the actual materials used to create the timepieces.

The change in name that occurred in 1997 really brought this collection out of Rolex’s shadow, with even more striking designs and key partnerships that really sold the collection to the masses. Since all of these models are no longer in production, Tudor Prince Date watches and the Prince Oysterdates before them have soared in demand and collectability – making them ideal investment pieces or simply something to enjoy and admire.