In 1845, Ferdinand A Lange established a workshop in Glashütte in what was, at the time, a small village in Saxony, Germany. The workshop became a manufacturer of pocket watches. The move proved challenging as the local population lacked the necessary skills to make watches and Lange had to expend much energy bringing the workforce up to standard. 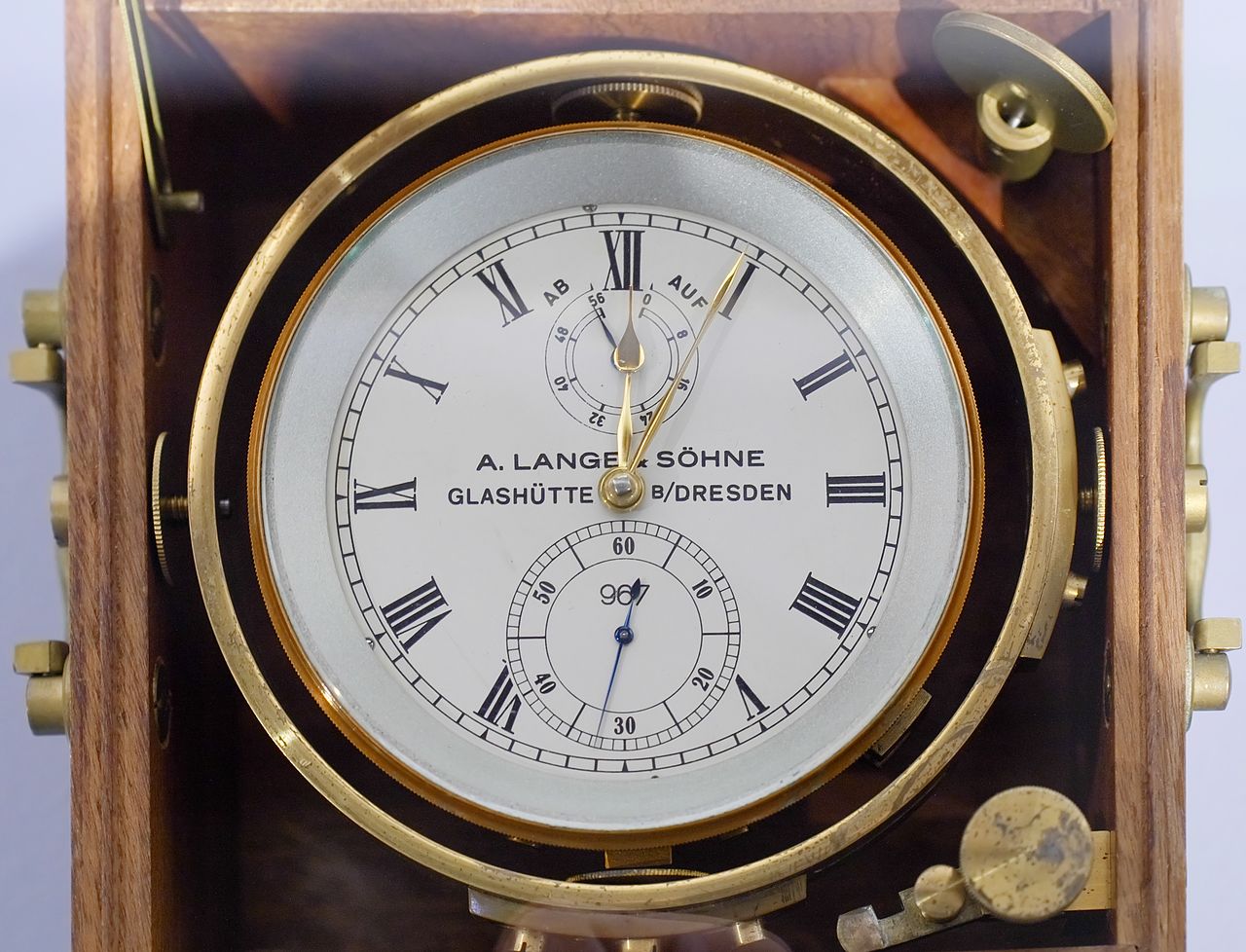 A few years later, in 1875, after the death of Ferdinand A. Lange, his sons Richard and Emil took over the day to day running of the successful business. Richard was clearly very technically able and was responsible for the registering of numerous patents. Meanwhile, Emil was the consummate businessman.

Richard Lange experimented with alloys used in balance springs, establishing that the inclusion of beryllium enhanced elasticity. This was the subject of patent application No 529945, filed in 1930, and continues to offer benefits, in terms of accuracy, to this day.

Emil’s grandson, Walter Lange had a keen interest in watchmaking, travelling to Austria to study horology in 1941. At this time the watch company made Observation watches, or Pilot’s watches, along with other brands such as IWC.

During the latter stages of World War II, the factory was bombed and virtually destroyed. Later in 1948, the company was nationalised under the former Soviet regime.

After the fall of the Berlin Wall, Walter Lange realised his dream and was able to recreate his family’s former business. He launched his brand on the world stage on the 25th of October 1994, a date often shown on the watches pictured within the company’s literature.

The patented outsize date and subtle beauty of the Lange 1

The first model to be released by A. Lange & Söhne was the Lange 1, featuring a big-date, comprising of two discs. The patented outsize date has featured on subsequent models from the German brand, however, the Lange 1 remains the cornerstone of the company’s collections.

Examining the Lange 1 closely there are certain features which collectively grant this watch its unique character.

The hour and minute hands are lancine shaped. The off-centre hour and minute display is partnered with a small seconds display and power reserve indication, granting a simple and elegant aesthetic, which remains as appealing now as it did 20 years ago at the time of launch.

The L901.0 manufacture movement featuring within the Lange 1 includes a three quarter-plate. This large bridge provides more stability to the movement assembly than individual bridges and has become a popular trait of watches produced within the Glashütte region.

Featuring on the movement within the Lange 1, there are other delightful flourishes of excellence to appeal to the purist. Gold chatons, whilst no longer necessary in an age of synthetic jewels, provide beautiful frames which encircle the red rubies visible on the three quarter plate. These chatons are held in place with either two or three thermally blued screws.

A screwed balance is yet a further indication of elevated watchmaking found on the Lange 1. In addition, a swan neck regulator facilitates fine adjustment of the rate.

Beneath the swan neck regulator, the eyes are rewarded with the sight of a charmingly engraved balance cock. A floral motif is imparted to the balance cock which is unique to the individual engraver. Indeed, if the watch is presented to the company, the personnel are able to identify the artisan responsible for the skilled use of a burin.

It is 20 years since Walter Lange was responsible for the rebirth of the brand, originally started by his great-grandfather, Ferdinand A Lange. Today, Glashütte is regarded as a watchmaking town with several other companies choosing to make their timepieces in this locale. However, it is A. Lange & Söhne which remains the most prestigious watchmaker from the region, equalling some of the most highly regarded Swiss brands with a winning recipe of matchless finishing and towering technical adroitness.