The German town of Glashütte, the home of Glashutte Original, has a rich tradition of watchmaking dating back to 1845 when Ferdinand Adolph Lange established his workshop in the town. During the years that followed, the region became a beacon for horological talent, with the likes of Adolph Schneider, Moritz Grossman and Julius Assmann being drawn to the area.

In 1878, the ‘German School of Watchmaking Glashütte’ opened its doors. One teacher at the school was Alfred Helwig, a talented watchmaker who would later invent the flying tourbillon. 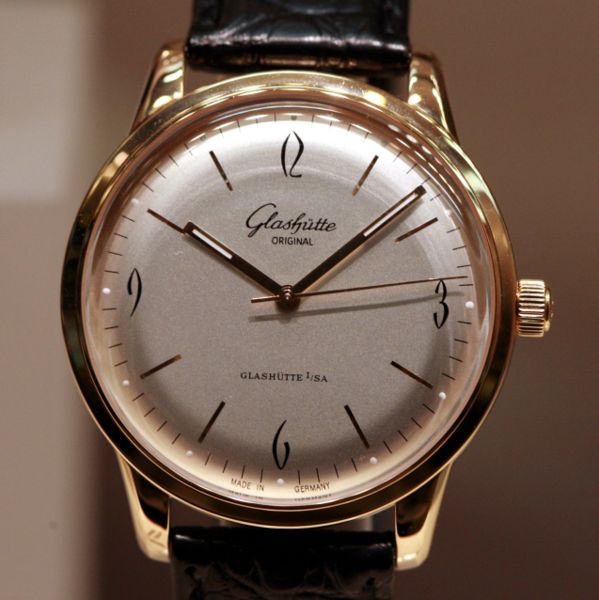 The German Precision Watch Factory Glashütte (Sa.) GmbH was registered in 1918, releasing pocket watches in 1921 with the words, “Original Glashütte” on the dial. In 1927, this company would become known as UROFA, producing movement blanks or ébauches, a term often used in Switzerland. At the same time, a second company, UFAG, completed and distributed watches. It was also in 1927, that the name “Glashütte Original” first appeared on the dial of a watch.

Glashütte is located in the former East Germany and in 1951, during the communist era, a publicly owned company absorbed the watchmaking firms of the town under one umbrella, VEB Glashütter Uhrenbetriebe. This collection of firms included UROFA, UFAG and VEB Lange (formerly A. Lange & Söhne).

The Lange family were dispossessed of their family business after the second world war. The great grandson of A. Lange & Söhne, Walter Lange, was able to see watches bear his family name once more in 1994 with the launch of a new timepiece. Today, this company is owned by Richemont.

While Glashütte Original and A. Lange & Söhne are two distinct companies, their histories have at times been entwined by virtue of their location and the actions of the former communist regime.

Today, Glashütte Original, under the ownership of the Swatch Group, produces some exquisite timepieces. The watches exhibit a high degree of craftsmanship and brilliance, sadly absent from the mundane offerings of the communist era.

The current collection includes an array of designs. Some models draw on the styling of the 1960s and 70s, delivering retro styling paired with dimensions befitting modern tastes. The Senator models proffer a delightful air of classicism with lacquered dials, blued screws and crisp chapter rings.

The ultimate expression of Glashütte Original ownership are the watches equipped with flying tourbillons, celebrating the work of Alfred Helwig.

Several models within the Glashütte Original range include large date displays, a speciality of the area, while other timepieces are certified chronometers, denoting a high degree of accuracy.

Unlike A. Lange & Söhne which has focused on producing models in noble metals, Glashütte Original also offers several watches in stainless steel. This decision has allowed Glashütte Original to offer some very competitively priced models, representing excellent value for money.