The story of Ulysse Nardin began in 1846, when a 23 year old son of Le Locle founded a watchmaking company bearing his name. This maison became known for the production of pocket and marine chronometers. 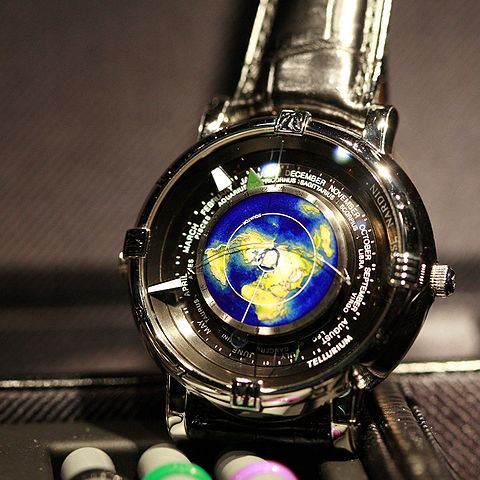 In 1865, the watch company relocated to new premises at 3 rue du Jardin in Le Locle, where it continues to operate from today.

Throughout the 19th and 20th centuries, Ulysse Nardin received numerous medals for its chronometers, recognised for their remarkable accuracy. Moreover, the company also proved to be highly accomplished at exporting its products, with patrons in numerous overseas markets.

The company has always been highly innovative, registering several patents and developing new movements and watches. As early as 1912, Ulysse Nardin was actively developing wristwatches, including chronographs. The astute brand even created movements which could be employed in both pocket watches and wristwatches, including a 13 lignes movement (approximately 29.3mm) released in 1916.

However, in the 1970s, this exceptional watch company experienced a significant downturn in sales with the advent of the ‘quartz crisis’. The established watchmaking industry experienced economic turmoil and many illustrious names disappeared from view.

In 1983, Rolf Schnyder, together with other investors, acquired Ulysse Nardin and set about rekindling the halcyon days of the historical brand. Schynder had the good fortune to meet Ludwig Oechslin, an incredibly talented watchmaker.

Oechslin, a man passionate about astronomy, conceived the Astrolabium Galileo Galilei. This watch, released in 1985, was the first of three timepieces equipped with a multitude of indications which celebrated the work of leading astronomers in history. It was later joined by the Planetarium Copernicus (1988) and the Tellurium Johannes Kepler (1992), signalling the watch company’s return to greatness.

The creativity of Oechslin extended to watches featuring Automata, exceptional minute repeaters and the remarkable GMT ± Perpétual which combined a dual time display with a perpetual calendar. This latter watch was highly innovative when it was released in 1999 because it allowed the wearer to adjust the time and date backwards and forwards without fear of damaging the movement.

Rolf Schnyder passed away in 2011 and his wife, Chai Schnyder, became the Chairman of the board. In 2014, Kering, the luxury group which also owns Girard-Perregaux and JeanRichard, acquired 100% of the share capital of Ulysse Nardin.

Silicon, sometimes called silicium, is a glass-like substance which has ignited much interest in the watchmaking industry in recent years. However, Ulysse Nardin was one of the first companies to embrace the material back in 2001.

Silicon exhibits low-fiction, mitigating the need for lubrication. The material can be formed into intricate shapes not possible with conventional materials. It is non-magnetic and resistant to corrosion, both worthy attributes in watchmaking.

In 2006, Ulysse Nardin established Sigatec, a joint venture with another company, Mimotec, to produce silicon components. Ulysse Nardin has repeatedly employed silicon within several of its models and went on to release diamond coated silicon watch components called DIAMonSIL.

The name alone was memorable, but the Freak, released in 2001, was revolutionary for several other reasons. The first version, the Freak 7 day tourbillon, dispensed with a conventional dial and crown. Hand setting involved turning an unusual bezel. The rotating movement indicated the hours and minutes using two v-shaped plates. The model was the first watch to use silicon for its escapement.

The styling of the timepiece was truly unusual and whilst the brand has released new variants of the Freak, the design language of these versions has always shared much in common with the original model.

A signal of greater independence

In 2011, Ulysse Nardin launched its own in-house movement, the UN-118 Calibre. This COSC certified movement included a DIAMonSIL escapement and silicon balance spring and featured in the Marine Chronometer Manufacture, released the following year (2012).

The Marine Chronometer Manufacture was offered with a gorgeous grand feu enamel dial, produced by Donzé Cadrans. This specialist dial company, acquired by Ulysse Nardin, represents a further illustration of the brand’s drive for greater self-reliance.

Ulysse Nardin acquired the Ebel in-house chronograph movement in the latter part of 2012. The movement was subject to modification by Ulysse Nardin and formed the basis of its UN-150 movement, equipped with a silicon escapement.

Ulysse Nardin is a highly innovative brand, championing new technology and ingenious complications. It offers a diverse array of models with a strong emphasis on watches which reference the ocean. The historical brand’s catalogue of timepieces includes relatively simple watches, displaying just hours, minutes, seconds and the date, to highly complicated minute repeaters.

The styling of the company’s timepieces never appears to emulate products offered by its competitors. Indeed, the design language of some references may polarise opinion. However, its technical ability is legendary and since the 1980s, the brand has enjoyed continuous success.