In 1847, Cartier was founded in Paris by Louis-François Cartier, a master jeweller. However, it was his grandsons, Pierre, Louis and Jacques who would ultimately bring the brand to worldwide prominence, opening boutiques in Paris, London and New York. 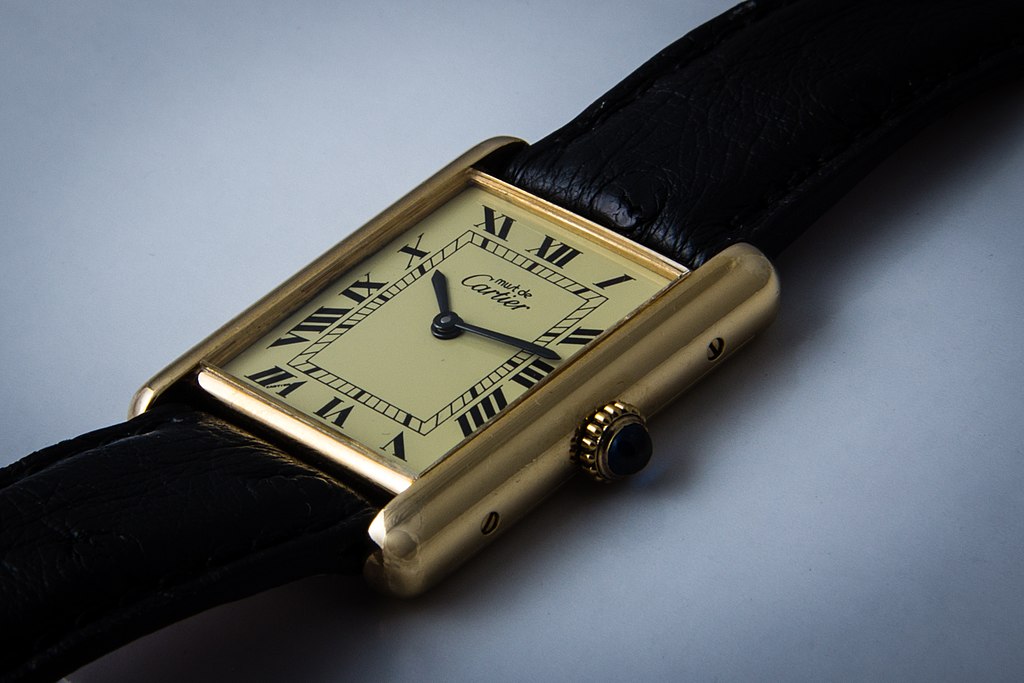 Cartier has always been a company synonymous with the creation of high-end and exquisite jewellery. In the 19th century, it made pocket watches and necklaces incorporating watch movements. However, in terms of watchmaking, a significant moment in the company’s history was 1904 when Louis Cartier designed the first modern wristwatch.

Louis Cartier was inspired to design this watch, incorporating a wrist strap, for his friend and famous aviator, Alberto Santos-Dumont. The watch allowed Alberto to check the prevailing time whilst flying. The Santos name would subsequently be used for a collection of watches from the famous maison.

A Diverse Range of Watches

While the Tank has become an iconic member of the Cartier family, a key strength of the brand has been its prowess at creating a diverse array of alternatively styled watches. Over the years, the Ballon Bleu, Pasha, Roadster, and Santos have attracted legions of admirers.

The release of the Calibre 1904MC in 2011 was another momentous moment in Cartier’s history. It was the first time the company had used its own manufacture movement. The self-winding movement was fitted in a new model, the Calibre de Cartier.

In 2013, the model range was extended to include a chronograph. The Calibre de Cartier Chronograph features a fully-integrated chronograph movement, Calibre 1904-CH MC, with its column-wheel visible via an exhibition case back.

The Calibre de Cartier Diver, launched in 2014, represented a new genre of watch for the brand, a diver’s watch. It is equipped with the company’s Calibre 1904MC. By creating a diver’s watch, Cartier has fused a robust specification with a handsome, luxurious mien, attracting critical acclaim from the world’s watch press.

Cartier has also shown it is not afraid to compete with the highest echelons of haute horlogerie by creating perpetual calendars, minute repeaters and tourbillons. Moreover, the company has released several skeletonised watches that freely disclose the movement within.

Cartier has production facilities at La Chaux-de-Fonds and Meyrin, Geneva. It is the latter atelier which is responsible for the assembly and regulation of fine timepieces which bear the Geneva Seal (Poinçon de Genève).

Browse Cartier watches with Blowers online today. Looking for a specific model? Contact us and we will endeavour to source it for you.